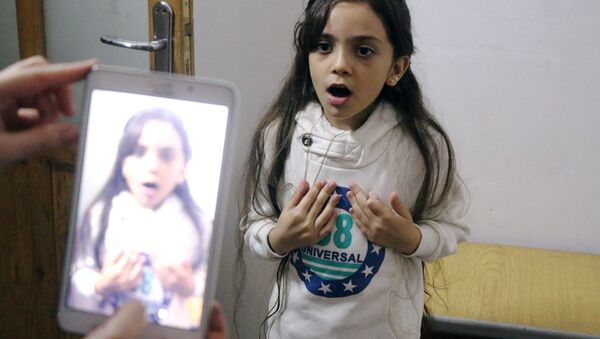 A Syrian activist Maytham Al Ashkar contacted the 7-year-old Twitter star, Bana Alabed, on November 27, offering to evacuate her family from eastern Aleppo. After a month, someone who identified herself as Bana's mother responded. "What happened after, convinced me that Bana's account is the ultimate propaganda stunt," Maytham told Sputnik.

Bana's account, designated by Twitter as "verified", was set up three months ago, and has since gathered over 310,000 followers. The tweets, written by both Bana and her mother, Fatemah, who says she taught her daughter to speak English, depict life under siege in east Aleppo.

#syria Bana al-Abed is filmed by her mother as they prepare to post on Twitter about life in #Aleppo on October 12 #AFP by @THAER__MOHAMEED pic.twitter.com/85oTf5MEtS

Pro-government activist Maytham Al Ashkar is originally from Al-Zahraa in northern Syria, currently in Beirut, but often travelling to Damascus and Aleppo. He offered to help evacuate Bana and her family, contacting Bana's Twitter account on November 27.

9#EvacuationOfBana#SAA even offered amnesty for the father in case he want to get his legal status settled pic.twitter.com/8PRkxenFnL

"At the end of the day you are civilians. You are our people. We care for you," Maytham said in his message.

On December 12, Maytham was contacted by a Twitter user in Arabic, who asked him if the offer to help Bana's family still stands. Once Maytham confirmed his proposal, the user told Maytham he would next be contacted by Bana herself.

"This person was contacted by Bana, who told him she wanted my offer. Once he got my approval, Bana (the account) contacted me directly," Maytham explains.

"When I got contacted by Bana's account, I started to chat in Arabic since we are all Syrians and Arabic is our mother tongue. However, it was obvious that the person behind the account preferred English as a language of communication." 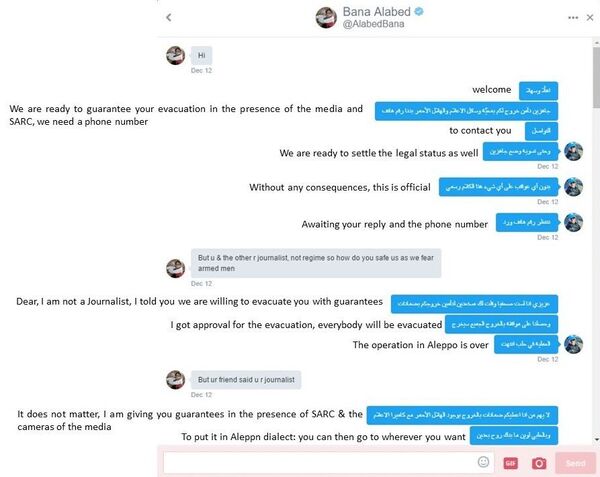 According to media reports, Bana's father, Ghassan works for the "legal department of the local council" and her mother, Fatemah, is a teacher.

Hello my friends, how are you? I am fine. I am getting better without medicine with too much bombing. I miss you. — Bana #Aleppo

How do you overcome getting blocked by a 7 year old with fibre optic broadband and perfect English in forlorn Aleppo pic.twitter.com/NXcxEeCx1p

However, it seems lack of Arabic on the part of Bana's mother is just as unlikely as Bana's flawless English.

"According to the media, Bana's mother studied law. This means that she has studied the Syrian curriculum for 12 years, which is all in Arabic, plus 4 years at university, where all the subjects are taught in Arabic," Maytham told Sputnik.

Maytham got hold of the city authorities and the Syrian Army to facilitate Bana's evacuation from Aleppo.

"Everything was set for their [Bana's family] evacuation, and the governor of Aleppo was following up with me personally," Maytham told Sputnik. 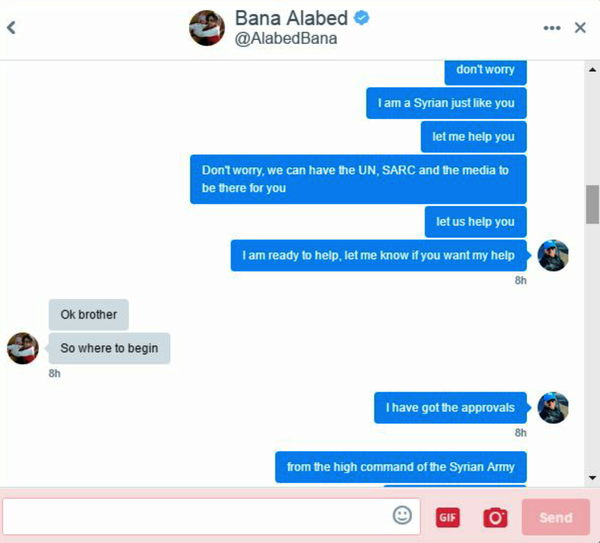 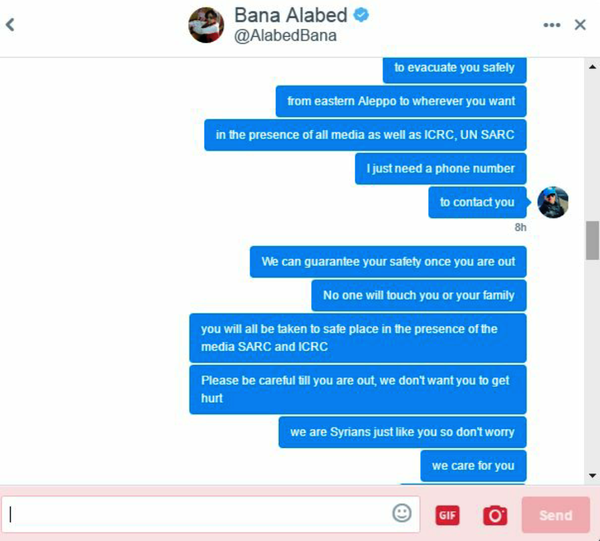 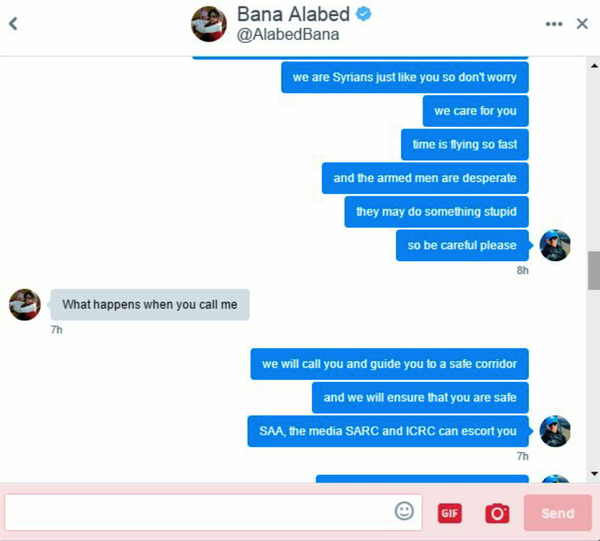 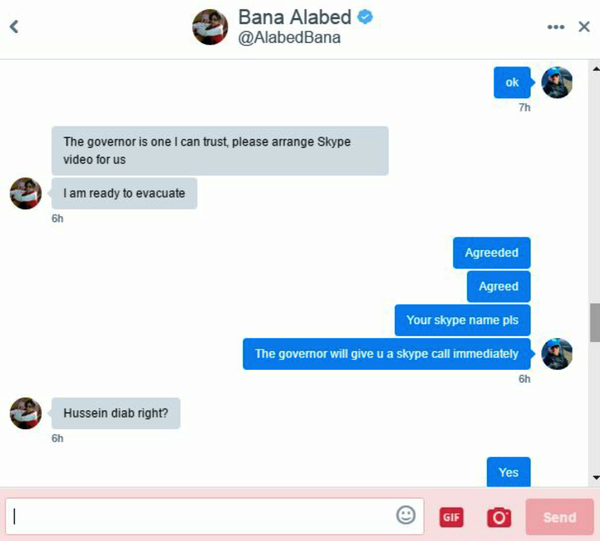 "I even invited all the media to contact me or the governor so the made could cover the evacuation which is an excellent guarantee to ensure that no one will hurt her."

In the end, having complained that Maytham was "rushing" her, Bana refused the offer.

"The one who contacted me via that account was not scared," said Maytham.

"There is no such a thing as Bana's tweets. The girl is just a face, a tool used by the British intelligence, and I am saying British, because of the strong relationship between the Bana's account and the White Helmets, who are funded and sponsored by the UK," Maytham argues.

@AlabedBana Dear banana, why is your twitter account registered in the UK and why are you banning ppl for asking this?

"I believe that the girl was in Aleppo, but not anymore. Her role was to take same photos and videos, and once that was done she left."

Another question is why would Bana's account approach a pro-government activist?

"I believe that this account approached me to prove me as a liar. They thought that I was not serious, so they wanted to present me as a "regime propagandist" liar. I tweeted my offer to Bana a month ago and may be they wanted to drag me into threatening them or saying something inappropriate to be used against the Syrian authorities".

"To their surprise, I was not lying. I genuinely tried to help a child who is being used and abused, and the Syrian authorities were more than cooperative!" Maytham concludes.