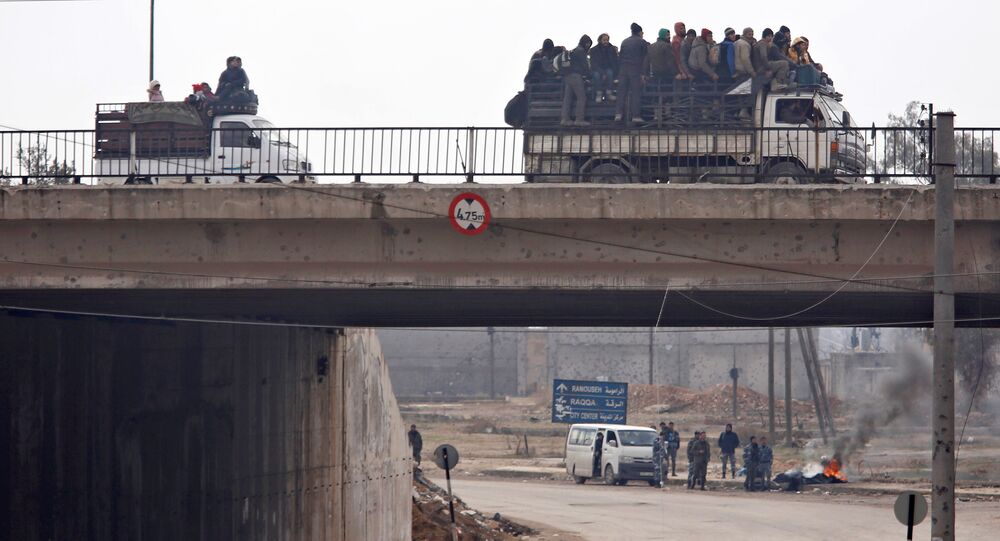 The Russian Defense Ministry said that the operation to evacuate militants from Aleppo has really separated so-called Syrian "moderate" rebels from terrorists after the US failed to do so.

Almost 10,000 people have been rescued as a result of the operation on militants' withdrawal from Aleppo, the ministry said.

"The operation carried out by the Russian center for [Syrian] reconciliation on the evacuation of militants and their families from Aleppo is unique not only because this operation saved the lives of some 10,000 Syrians. This operation opened opportunities to impose regimes of halted combat activities not only in the Aleppo province, but also in other Syria's regions," Maj. Gen. Igor Konashenkov said.

He also said that "first of all thanks to Russian officers of the center for reconciliation, the real separation of fighters of the so-called moderate opposition from radicals took place. Our American colleagues have thought that it's impossible to be implemented in practice for a whole year."

The operation shows that it is necessary to have a desire to agree with all parties of the conflict on the ground except for terrorists to achieve Syrian reconcilition, Konashenkov said.

"All attempts to replace this hard negotiating process with armed opposition on the ground by conferences in Western capitals with representatives of the High Negotiations Committee (HNC) or by sending some 'observers' to Aleppo are useless and a dead-end. The sooner [officials in] Paris, London and Washington, who are not even able to send humanitarian aid to Syria, realize it, the sooner there will be peace [in the country]."

On Friday, the Russian General Staff said that it turned out that some 4,500 fighters in eastern Aleppo were radical Islamists and most of them had already been evacuation.