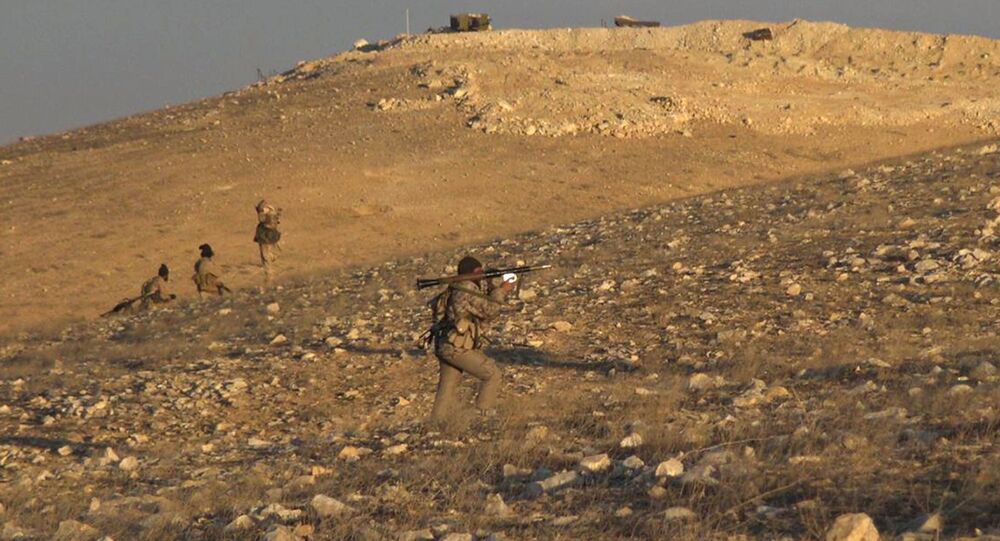 © REUTERS
Daesh Attacking With 'Huge Manpower and Firepower' in Palmyra Shows Foreign Support - Assad
Multiple attacks by Daesh terrorists on Palmyra have been repelled, General Staff said. The main fighting takes place near the T4 military airfield and the city of Tiyas.

The first deputy chief of the Main Operational Directorate of the Russian General Staff Viktor Poznikhir also said that the situation in the Syrian ancient city has stabilized due to the Syrian army's operation with Russia's aerial support.

Moreover, Russia is helping Damascus to launch a counteroffensive.

"The Syrian troops supported by the Russian Aerospace Forces have stabilized the situation near the city of Palmyra. Multiple attacks by Daesh militants have been repelled. The main front line is located near the city of Tiyas and T4 airfield. The Russian Federation is helping the Syrian leadership in organizing a counteroffensive on Palmyra," Lt. Gen. Poznikhir said.

© Sputnik / Mikhail Voskresenskiy
Syrian Army Regains Control Over Strategic Heights Near Palmyra Military Airfield - Source
On Sunday, Daesh recaptured the ancient city of Palmyra in the Homs province. According to various sources, the number of terrorists that took part in the storming of the city reached 5,000 including hundreds of suicide bombers and dozens of armored vehicles. According to the Homs governor, the government forces managed to evacuate some 80 percent of city's civilian population.