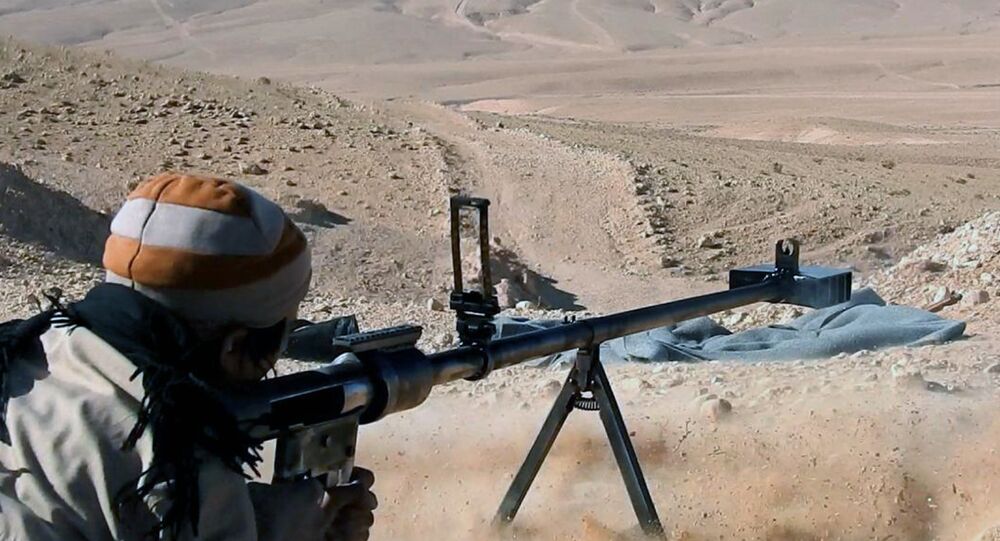 The Daesh jihadist group could have used fighters not only from the Iraqi city of Mosul, but also from the occupied Syrian cities of Raqqa and Deir ez-Zor during their attack on the ancient Syrian city of Palmyra, Syrian President Bashar Assad said Wednesday.

MOSCOW (Sputnik) — On Sunday Daesh captured Palmyra previously controlled by government forces. Following the attack, a number of politicians, including Russian Foreign Minister Sergey Lavrov said that Daesh was able to capture Palmyra because it was given a chance to regroup and transfer a significant amount of its fighters from its Iraqi stronghold of Mosul.

"The issue of Palmyra should not be linked only to Mosul, because the IS [Daesh] is also present on Syria's territory, in Raqqa in the north of the country, where its positions have been allegedly bombed by the US-led coalition for two years… There are also IS militants in Deir ez-Zor, where the US forces and the coalition's aircraft attacked the positions of the government forces instead of bombing IS," Assad told Rossiya-24 television broadcaster.

He added that the recent Daesh attack on Palmyra had been carried out with the use of advanced equipment the insurgents had not had before and that could not be transported from Mosul.

"The truth is that the majority of these terrorists has arrived from Raqqa and Deir ez-Zor. They were either directly supported by the Americans, or in the best case scenario, with the consent of Americans, who have turned a blind eye on it and allowed Turkey, Qatar and Saudi Arabia to complete this mission via support and funding of the IS. This is what really happened in Palmyra. The issue is not linked to Mosul only," Assad said.

Daesh, an extremist jihadist group outlawed in many countries, including Russia, has overrun a number of settlements in Syria, such as Raqqa and Deir ez-Zor, and Iraq, such as Mosul, during the recent years and declared a caliphate.