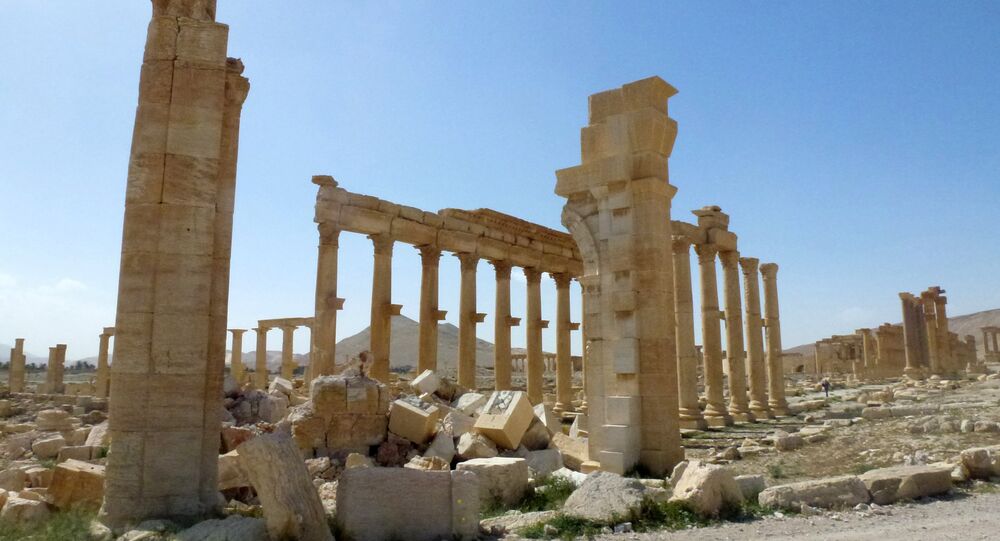 © AP Photo / Militant Photo
Daesh Attacked Palmyra in Response to Syrian Army Advance in Aleppo - Assad
MOSCOW (Sputnik) — The most fierce clashes take place on the outskirts of the airfield which is located about 50 kilometers (31 miles) from the city.

The newspaper says that the first wave of attacks from terrorists of Daesh was successfully repelled and their attempts to take control of the road from Ferkales region to the airfield have failed.

"The Syrian Army with the support of militia units has regained control of the air defense artillery battalion located near the city," the unnamed source told the newspaper. He added that Daesh is suffering heavy losses both of personnel and equipment.