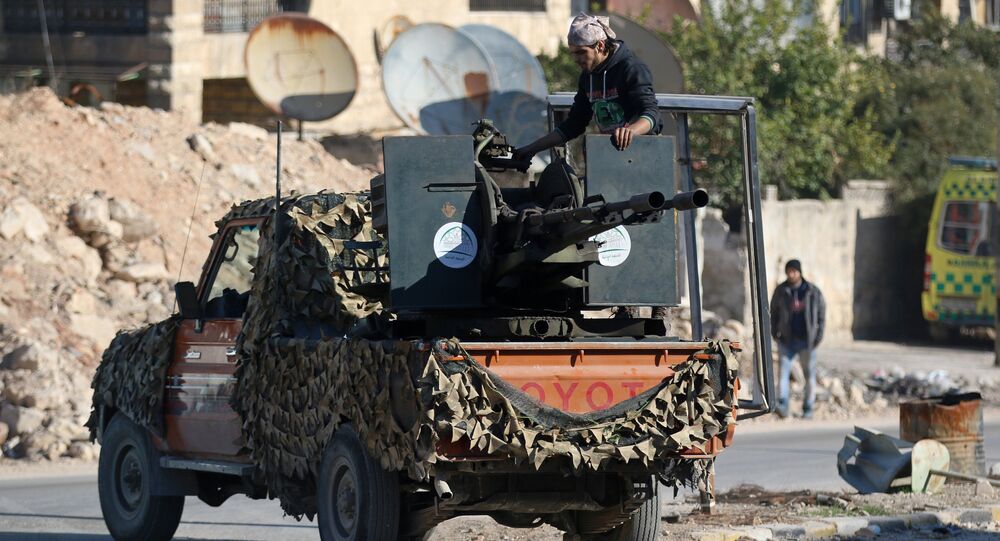 Earlier in the day, media reports said the United States and Russia had agreed to open up evacuation routes for civilians and lightly-armed militants in eastern Aleppo. Reports cited a Syrian opposition official who stated the agreement would be implemented within two days, but that the rebels had not yet accepted the proposal.

"What is reported by western agencies is not necessarily true… Issues of militants leaving are the subject of separate agreements with the United States, this agreement has not yet been reached mainly due to the fact that the United States insists on unacceptable parameters in terms of a ceasefire which would, in fact, provide full freedom of movement to those who the Syrian forces are currently fighting," Ryabkov told RIA Novosti.

© AFP 2021 / Youssef KARWASHAN
Over 2,000 Civilians Escape Eastern Aleppo Sunday Morning
He refuted that Syrian rebels would be made an offer that they can accept or turn down.

"No joint proposal on any agreements to be put on the table and to be considered by the opposition exists. It is not clear what kind of sources are used by those who are heating up the media in this way," the deputy minister said, stressing that Russian forces in Syria are doing everything possible to allow safe passage out of Aleppo to all those seeking to leave the city.

Ryabkov also said that Saturday's Russia-US expert level meeting on Syria in Geneva has not yielded any agreements and progress is slow.

"There is some progress, but there are no agreements… We are still facing the situation where the United States are trying to use this channel to influence the situation on the ground for its own benefit," Ryabkov told RIA Novosti.

Ryabkov added that the process "is moving slowly enough," but said that the talks would continue.