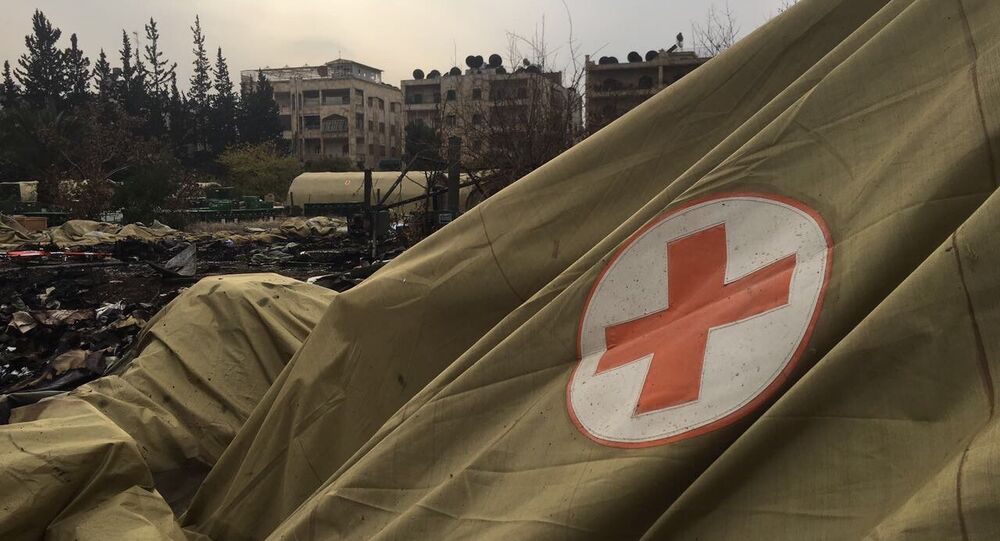 The Medecins Sans Frontieres (Doctors Without Borders, or MSF) organization deeply regrets the deaths of Russian medical staff in an attack on a Russian mobile hospital in Aleppo, and reiterates that it is a violation of the rules of war, MSF Director of Operations for Brussels operational center Brice de le Vingne told Sputnik on Tuesday.

"We deeply regret the loss of health staff while carrying out their medical work. Such killings are devastating for the families, but also have an impact on the medical care available to communities at their time of greatest need … It is clear that shelling medics and their patients is completely unacceptable, and, whether done in a targeted or an indiscriminate attack, is a violation of the rules of war," de le Vingne said.

© Sputnik / Mikhail Alayeddin
Terrorists Used Precision Fire on Hospital in Aleppo, They Had Its Exact Coordinates - Kremlin
De le Vingne stressed that the MSF condemns all attacks on civilians and breaches of the international humanitarian law perpetrated by all warring parties in Syria.