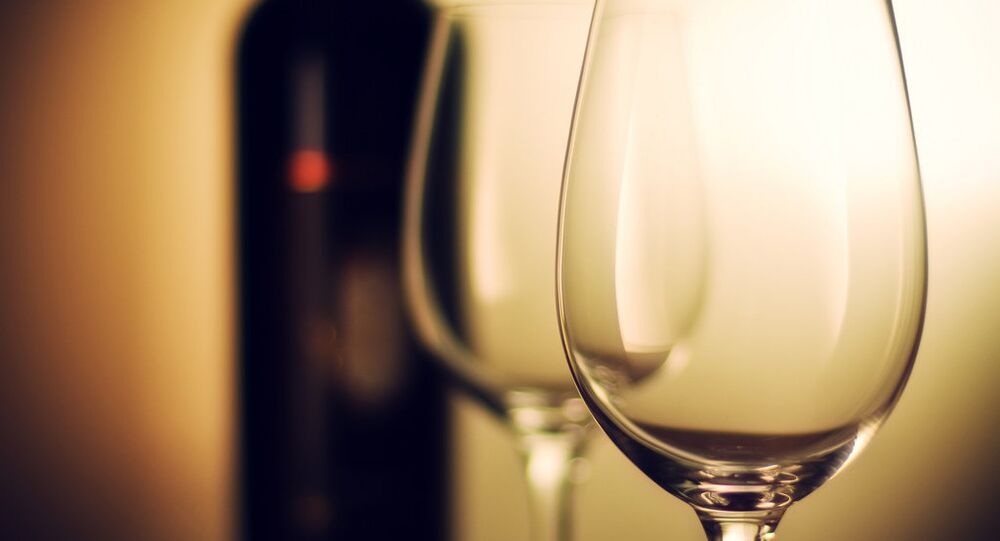 In the village of Al-Kaymalia in the north of Latakia in Syria, difficult to reach because of the mountainous terrain, lives a man named Salman who makes wine and anisette vodka.

In an interview with Sputnik Arabic, Salman said that he has to overcome serious obstacles in order to make his own liquor.

He has to undertake a long journey to the neighboring cities and provinces, but the roads to these towns are full of Daesh militants. Luckily, his routes have always been safe.

“I purchase grapes in Homs and then I buy figs in Idlib which are also used in manufacturing. I then put the figs into large plastic barrels of water for a reaction and wait for a certain time period for fermentation,” Salman said.

“Then I proceed to the next stages of production,” he added without revealing all the details of the production.

Salman even makes grappa. For that he specially selects the best grapes in the province of Homs with the aim to produce a quality drink.

In order to conserve fuel, Salman uses industrial waste from the remains of olive oil production.

Demand for Salman's drinks has grown in the region and his production capacity at this stage allows for him to cover basic demands.