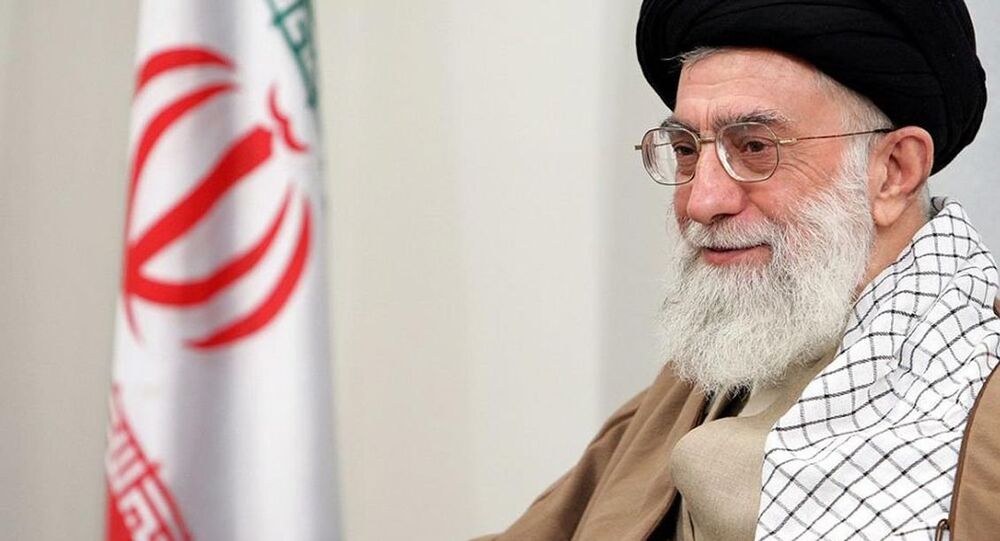 Khamenei made his comments in front of thousands of Iranian students at a gathering that preceded Student’s Day and The Fight Against Global Arrogance. The Muslim cleric told the young people to use a "resistance rationale" against Washington, saying they should have the same spirit of student’s during the 1979 takeover of the American embassy in Tehran. "On this day in fact, faithful, revolutionary, courageous, and innovative youth took over that spy den, blocking the enemies from taking any action." he said.

During the siege a group of young Iranian revolutionaries held nearly 60 Americans hostage for 444 days.

Khamenei added, "Negotiating with the US will not only fail in resolving our problems, but will also intensify them. We should resolve our problems on our own, and by having faith in our youth’s capabilities and their promising potentials."

Just last year the leader publicly endorsed a nuclear agreement between Tehran and six other world powers, with the stipulations that Iran would only be involved if all sanctions against the nation were cancelled.

He asked, "The United States itself is facing a crisis—how can a crisis-stricken country resolve another country’s problems?"

A week before the student meeting, the Center For American Progress, a think tank founded by two Clinton operatives, held an event on diplomacy in the Middle East that advocated a more aggressive stance towards Iran and developing friendly relations with the nation’s enemies in the region.

According to the Intercept, Clinton advisor and  former Central Intelligence Agency director Mike Morrel said Iranian vessels carrying weapons to Houthis need to be intercepted. "I know there’s issues of international law here," he said, "I would have no problem, from a policy perspective, of having U.S. Navy board those ships and if there’s weapons on them for the Houthis, turn those ships around and send those ships back to Iran. I think that’s the kind of action, tough action, that would get the attention of the Iranians and will get the attention of our friends in the region to say the Americans are now serious about helping us deal with this problem."

Khamenei concluded the meeting telling the students, "What would solve the country’s problems is the revolutionary spirit and attitudes, which equate to; reliance on God, inner confidence, the courage to take action, insight, acting according to Imam Khomeini’s advice, initiativeness, optimism about the future, fearlessness towards enemies and never surrendering to them." He also called American leadership a group of "dishonest, unreliable, deceptive backstabbers."

Turkey's Eagerness to Join Mosul Offensive is 'All About Iran'