The chief of the Russian General Staff directly urged militant leaders in Aleppo to leave the embattled city. Two humanitarian corridors are open for them.

MOSCOW (Sputnik) — Chief of Russian General Staff Gen. Valery Gerasimov issued a direct appeal to militant leaders in the northern Syrian city of Aleppo to leave the city given the United States' inability to influence them.

"In view of our US colleagues' inability to separate the terrorists from the opposition, we appeal directly to all leaders of the armed groups to cease hostilities and withdraw from Aleppo with their weapons," Gerasimov said.

To that end, he said that two corridors are opened with Syrian government troops and military hardware pulled out. One corridor leads to the Syrian-Turkish border to the north, while the other leads to the Idlib province southwest of Aleppo, Gerasimov specified. 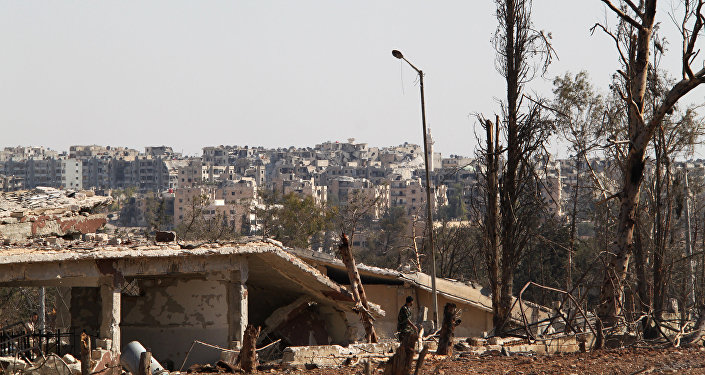