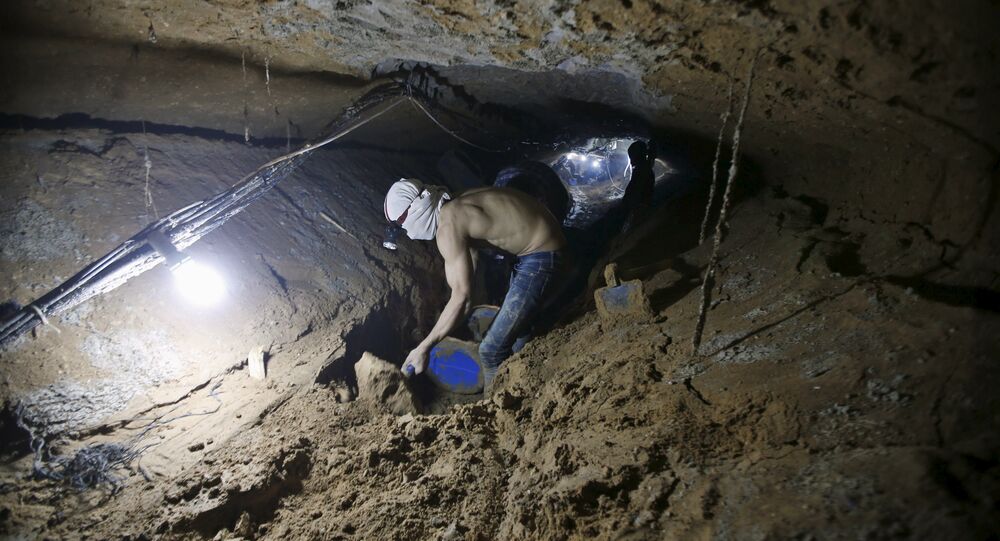 A member of the military wing of Hamas was killed Saturday in Gaza when an underground tunnel collapsed on him.

Anas Salameh Abu Lashin, a member of Hamas’s Izz al-Din al-Qassam Brigade, was killed in the south-central area of the Gaza Strip not far from its border with Israel, Ynetnews reports.  Abu Lashin was a resident of Gaza's al-Maghazi refugee camp.

Tunnels are used throughout Gaza both for smuggling in consumer goods and for military purposes. Since 2007, Israel has imposed restrictions of varying severity on what types of goods may be allowed into the embattled enclave, and many items needed for maintaining infrastructure or supporting industry remain on that list, including cement and steel for construction, according to an August 2016 fact sheet by Israeli human rights organization Gisha.

Gisha points out that by this summer, only 1,200 of the 11,000 housing units destroyed during 2014's Operation Protective Edge have been rebuilt.

This spring, Israeli forces claimed to have found the first two new tunnels crossing from Gaza into Israel since the 2014 conflict, when some 34 tunnels were destroyed. In October, three Arab-Israeli men were charged by Israel of trying to build a tunnel from the Arab town of Tayibe into the West Bank, with the purpose of smuggling weapons into Israel.

Tunnel collapses are not infrequent: Hamas reported that seven of its fighters died in a tunnel collapse in January and another eight were injured in another collapse this August. An Al-Jazeera report in 2014 estimated that as many as 400 people had died in the tunnels since the Israeli blockade began in 2007. Prime Minister of Israel Benjamin Netanyahu announced in April that his country Israel had developed a new, cutting-edge technology for locating tunnels.

In Gaza, home to 1.88 million people, 70% of the population relies on humanitarian aid and 47% suffer from food insecurity, according to Gisha.

‘Salaries to Terrorists’: UK Freezes $30 Million in Aid to Palestine