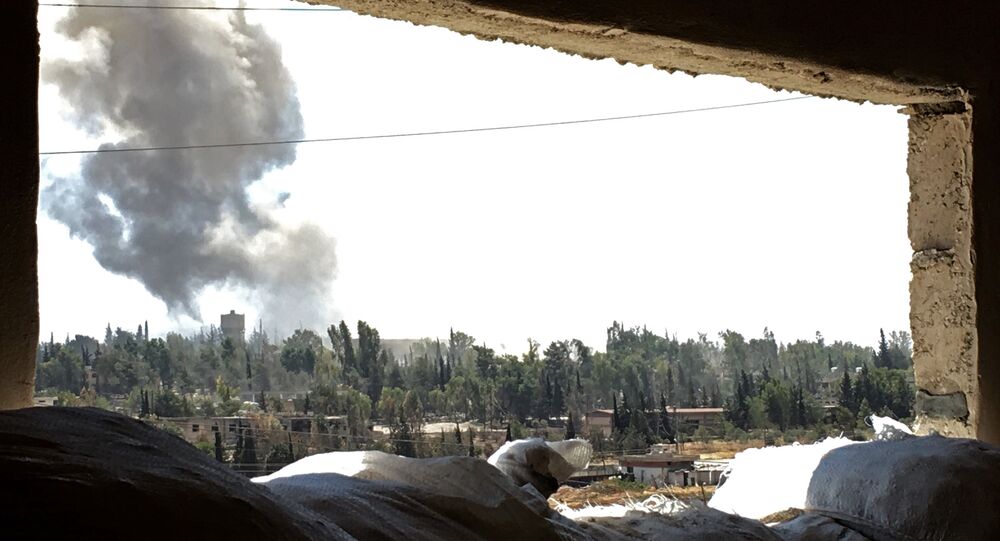 Over 1,200 Terrorists Prepare to Attack Aleppo From South-West - Russian MoD

Over 1,200 terrorists including 30 suicide bombers ready to attack Aleppo from south-west, the Russian General Staff said.

"A group of over 1,200 militants, including 30 suicide-bombers, is preparing an attack on Aleppo from south-west. They have tanks, armored vehicles and over 20 pickups with heavy machine guns," Lt. Gen. Sergei Rudskoy, the chief of the Russian General Staff's Main Operational Directorate, said.

© Sputnik / Mikhail Voskresenskiy
What to Expect in Aleppo After Terrorists' Violations of Humanitarian Pause
The Russian general said that militants in Aleppo continue to receive arms and ammunition, including portable anti-aircraft missile systems (MANPADS).

All humanitarian corridors that should be used by civilians and militants to leave Aleppo are blocked by terrorists, Rudskoy said. The corridors are constantly under militants' fire, he added.

"Militants continue to launch attacks from mortars and rocket systems on residential neighborhoods in the western part of Aleppo, including humanitarian corridors. Over the past 24 hours, eight have been killed and over 30 wounded in militants' fire. As a result of one of the attacks 3 officers of the Russian Center for Syrian reconciliation were lightly injured."

"Despite this eight injured Ahrar ash-Sham militants left eastern Aleppo on the first day of the humanitarian pause. They were provided with medical assistance."

Russia has extended the humanitarian pause in the city one more day from 08:00 to 19:00 local time on October 22, Rudskoy said.