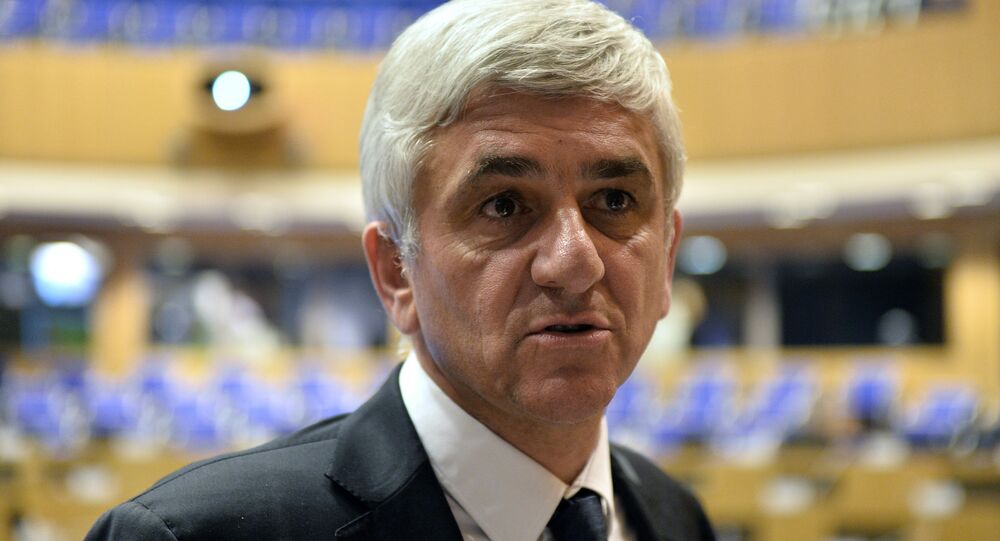 Herve Morin, the former French defense minister said that Moscow and Washington should cooperate in order to reach the Syrian crisis settlement.

© Sputnik / Dmitriy Vinogradov
Definition of Insanity: US & Europe Preparing Sanctions Against Russia for Fighting Terrorism in Syria
MOSCOW (Sputnik) — The Syrian crisis settlement is impossible to be reached unilaterally and requires cooperation between Moscow and Washington, the former French defense minister told Sputnik on Friday.

On Monday, the US State Department said it was suspending bilateral channels with Russia that had been set up in an effort to sustain a September 9 US-Russian brokered ceasefire deal in Syria.

"In this region of the world [Syria], nothing can be carried out only by one side. It is necessary that each party [Russia and the United States] plays this game, participates in it," Herve Morin, who is the incumbent president of France’s Normandy region, said.

Syria has been mired in civil war since 2011, with government forces loyal to President Bashar Assad fighting numerous opposition groups, as well as terrorist formations, such as the Islamic State and Jabhat Fatah al Sham (formerly known as the Nusra Front), both outlawed in Russia.