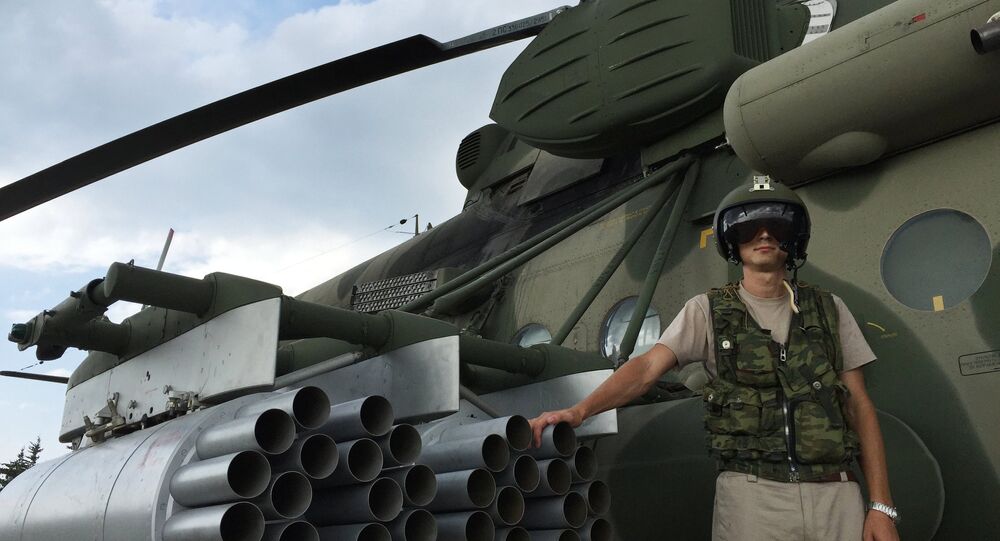 This week marks the first anniversary of the beginning of Russia's aerial anti-terrorist campaign in Syria, which it initiated at the behest of the country's government; Turkish military and political experts tell Sputnik Turkiye what they believe is the major outcome of Moscow's involvement in the geopolitical conflict.

"When it implies an access to the natural resources of a certain region, global political players eagerly enter the geopolitical skirmish to enforce their influence and set their control over the sources of income in that particular region," Retired Air Lieutenant General and President of TESUD (Turkey Retired Officers Association) Erdogan Karakus told Sputnik Turkiye.

© Sputnik / Dmitriy Vinogradov
Game-Changer: Russia’s Role in Syria 'Brought Regional Forces Together'
The "Greater Middle East" project is one of the products of this particular skirmish, the expert said referring to the US-pushed policy of redrawing the Middle East map.

Its implementation under the pretext of "promotion of democratic values" started in Iraq and then spread over to Afghanistan, he added.

"If not for Russia's aerial operation on the Syrian territory, the "Greater Middle East" project would have been implemented by now and would have caused even direr disruption and crises in all the countries of the region," Karakus said.

© Flickr / cryogenic666
Much Yet to be Done One Year After Beginning of Russian Campaign in Syria
"Under such developments nobody could have guaranteed the territorial integrity of Syria and most likely, by now there would have already been established an independent state under the leadership of the Kurdish Democratic Union Party (PYD) in the north of the country."

As this institution would have been directly dependent on the US and Israel, the expert explained, the situation in the region could have heated up to such an extent that humanity could have got on the brink of the Third World War.

Thanks to the aerial operation of Russia's Aerospace Forces, he said, this scenario had not become a reality: Russia's operation had spoiled the game of the authors of the "Greater Middle East" project. And hence Russia's operation in Syria is of tremendous value.

Another very important point is Turkish foreign policy failures which, to a large extent, have contributed to deterioration of the situation in Syria, Karakus noted.

"If the Turkish leadership realized the erroneousness of its strategy and futility of its stance regarding President Assad in due time, the situation would not have unwrap so dramatically and probably Russia would not have been forced to start its operation in Syria," he stated.

Turkish political scientist and expert in the Middle East Fehim Tastekin told Sputnik Turkiye what major outcome the operation had on Russia's foreign policy and its role in the region.

"By launching its aerial operation in Syria, Russia had returned to the Middle Eastern and world political arenas as the power able to contain global encroachment of the US and to influence global political processes," he explained.

Besides, it had successfully demonstrated to the world its military potential which has been appraised by global political players.

© Sputnik / Dmitry Vinogradov
Russia, Syria 'Protecting Humanity From the Terrorist Threat'
"As the result of its successful operation agaisnt Daesh terrorists and of its diplomatic efforts, Moscow has been able to largely improve the situation on the ground and strengthen the positions of the Syrian leadership," he added.

Besides, the results of the Russian operation could seen in the changes of the US-led coalition's strategy against Daesh militants.

Before the start of the operation, the expert said, the US-led coalition was rather inconsistent and ineffective in its actions against the militants, constantly wriggling out of any decisive steps.

Russia's aerial operation has forced the US to start treating the problem more seriously and strike the positions of the terrorists more sensibly.

On the whole, Russia has demonstrated the firmness and tenacity of its position in the region and its decisiveness to defend it not with the words but with the actions.

Moscow has shown itself as a power which should be reckoned with by all the players in the region and its military presence played as the major containment of dubious initiatives of a number of players, Tastekin concluded.