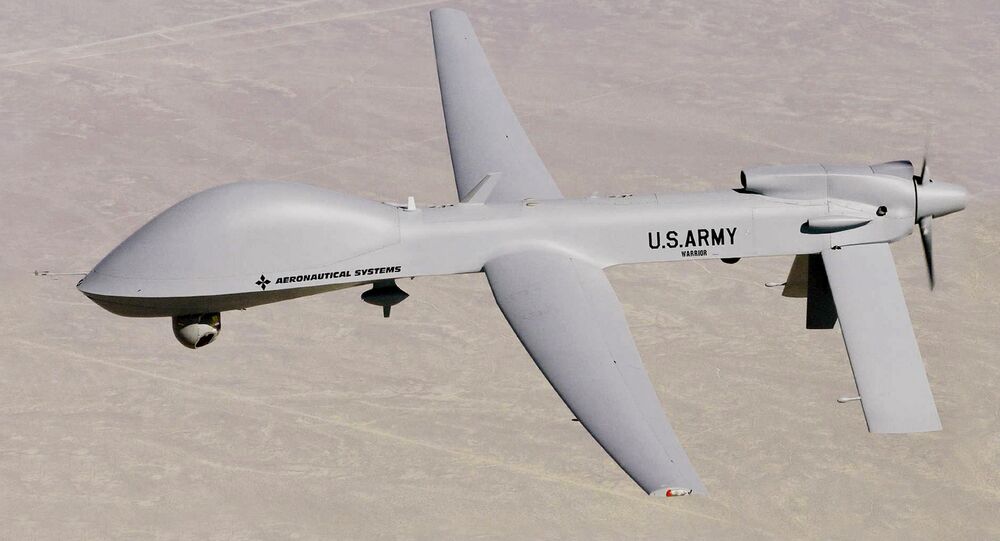 Pakistani Journalist Sues US Over Drone Strike Deaths Of His Family

Pakistani journalist Karim Khan has sued the US government for the death of his son and brother, claiming that the CIA killed them both in a New Year’s Eve drone strike in 2009, in Pakistan’s North Waziristan tribal region.

Khan’s son, 16-year-old Zahinullah, was a 10th grade student, and Asif Iqbal, his brother, was a local schoolteacher who had a Master’s degree in modern languages. Neither had any ties to terrorist groups.

"We would show their tyrannous face to the whole world…that’s all,” Khan told Al Jazeera. “They cannot bring back my brother or my son…but I will fight against them as far as I can."

London’s Bureau of Investigative Journalism reports that, since 2004, there have been over 400 drone strikes conducted by the CIA, resulting in the deaths of up to 966 civilians, including 207 children. US Director of National Intelligence James Clapper released reports indicating only 116 civilian casualties since 2009.

Shahzad Akbar from the Foundation of Human Rights described the agency’s drone strikes as "clearly illegal," and that a combination of sluggish Pakistani courts and an American government unwilling to take responsibility makes these cases hard to register. Khan’s case has taken 6 years to register.

Khan observed that civilian deaths perpetrated by the US create the same kinds of militants they purport to be fighting.

© AP Photo / Anjum Naveed
Pakistani Journalist Kareem Khan Sits With his lawyer Mirza Shahzad Akbar. Khan sued the US for the death of his brother and son in a CIA drone strike.

In the past the American government has insisted that it only kills enemy combatants, but in early April US President Barack Obama admitted that civilians are often killed in strikes, despite intelligence being "checked, double-checked, triple-checked before kinetic actions are taken."

"In the past, there was legitimate criticism that the legal architecture around the use of drone strikes wasn't as precise as it should have been" Obama told reporters. “There's no doubt that civilians were killed that shouldn't have been…In situations of war, you know, we have to take responsibility when we're not acting appropriately."

Despite this admission, there has been no offer of compensation to Khan, or other Pakistani families whose family members died wrongfully. The US did, however, pay $1 million to the family of kidnapped Italian aid worker Giovanni Lo Porto, who was killed in a 2012 drone strike.

The same strike that killed Lo Porto also killed 73-year-old Warren Weinstein, an American aid worker and also a hostage. His family was also compensated, but that amount was not made public.

"The ultimate aim is for an international arrest warrant to be issued and pursued by Interpol…This case is effectively murder being carried out on Pakistani soil by US forces. It is right that it can be called what it is and [be] investigated."

Hole in One! Young Golfer Knocks Down Drone