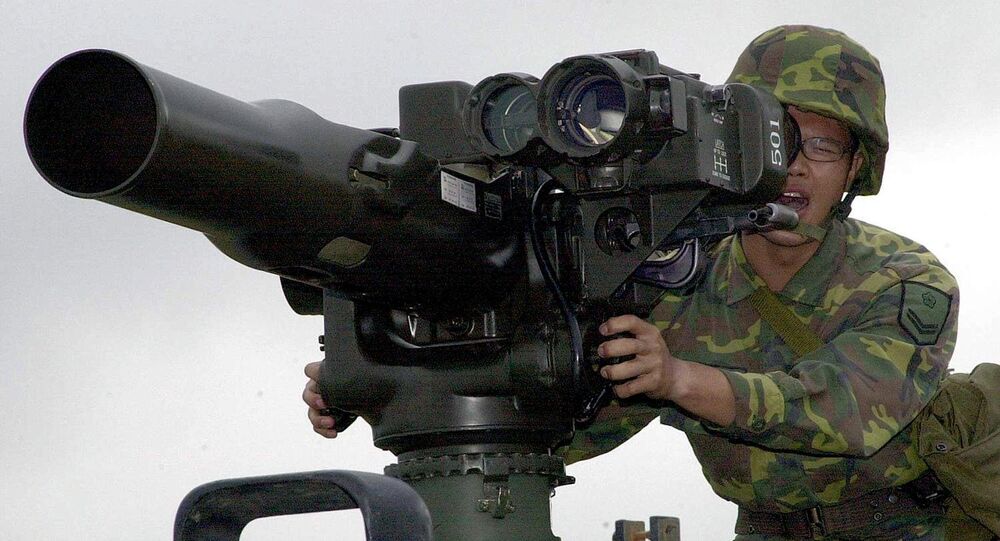 The US government vehemently rejects allegations that it has provided anti-tank missiles or any military aid to the al-Qaeda-affiliated Nusra Front terrorist organization, Department of State spokesperson Mark Toner said in a briefing on Monday.

© REUTERS / Kevin Lamarque
Kerry, Lavrov Have Not Spoken About Syria Since Friday
WASHINGTON (Sputnik) — Nusra Front commander Al Ezz told a German newspaper in an interview published on Monday that the United States had provided his group with TOW anti-tank missiles.

"We [the United States] would never provide Nusra with any kind of assistance whatsoever," Toner told reporters when asked about Ezz’s comments.

Toner added the United States "vehemently" rejects any notions that it would arm a group that it views as a foreign terrorist organization and an affiliate of Al Qaeda.

"When you have the reality of Aleppo with renewed airstrikes, with renewed fighting, with renewed government regime offensive on the ground… that only drives the moderate opposition into the arms of Nusra," Toner said, stressing that the US remains in contact with the Syrian opposition to ensure they abide to the ceasefire agreement terms that stipulate separation from designated terrorist groups like the Nusra Front.

Earlier on Monday, Russian Foreign Minister Sergey Lavrov said that Moscow could hardly trust the US-led coalition's actions against terrorist groups in Syria as it exclusively targets Daesh terror group and bypasses the group formerly known as the Nusra Front.

Addressing the UN General Assembly on September 22, Syria's Foreign Minister Walid Muallem said that a recent air strike delivered by the US-led coalition on the Syrian forces in Deir ez-Zor proved Washington was complicit with terrorist groups in the war-torn country.