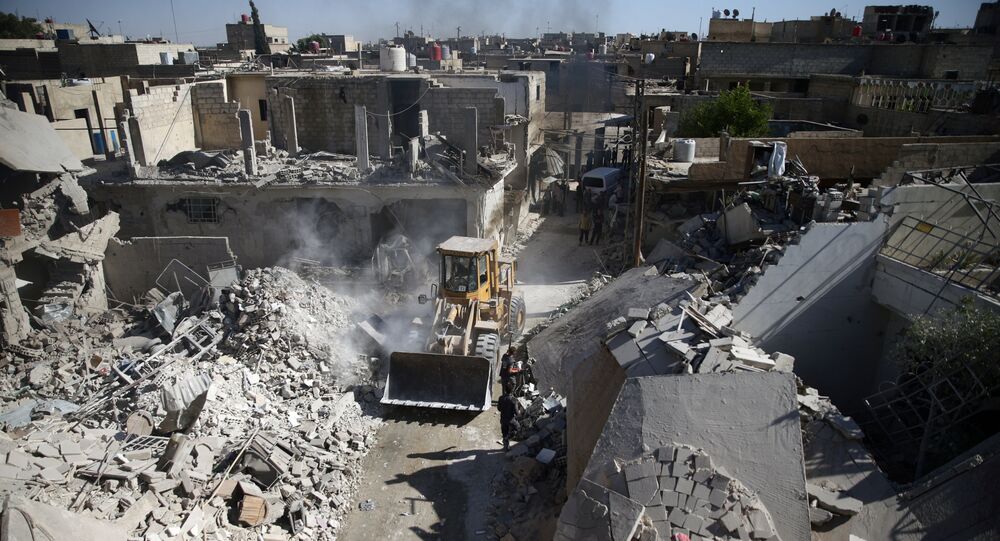 The West has made so many mistakes and failures in Syria that it lost the country already ten years ago; however, as the current Russia-US brokered ceasefire appears to hold, there is a "spark of hope" for the settlement of the conflict, according to German Foreign Minister Frank-Walter Steinmeier.

© Sputnik / Mikhail Alaeddin
New Syrian Ceasefire Pivotal Moment or Another Hiatus in Death and Destruction?
The German top diplomat explained that the West has made a number of mistakes and failures in the country and the Arab Spring "demonstrators and democrats" have contributed to it.

© REUTERS / SANA/Handout
Newly Announced Syrian Ceasefire Has 'Every Chance for Success'
"The Russians want equal cooperation with the Americans, and the Americans are ready to cooperate only if the Russians ensure that President Assad maintains the ceasefire," the top diplomat told the website in his Foreign Office on Werderscher Markt in Berlin.

© AFP 2021 / AMER ALMOHIBANY
Syrian Deal: 'Russia Has Nothing to Conceal', US Keeps 'Sensitive' Details Quiet
"Iran and the regime appear to be in one boat for now," he suggested, adding that it would be much harder to bring Saudi Arabia and the Gulf states on board as they support many of the so-called "moderate" rebel groups.