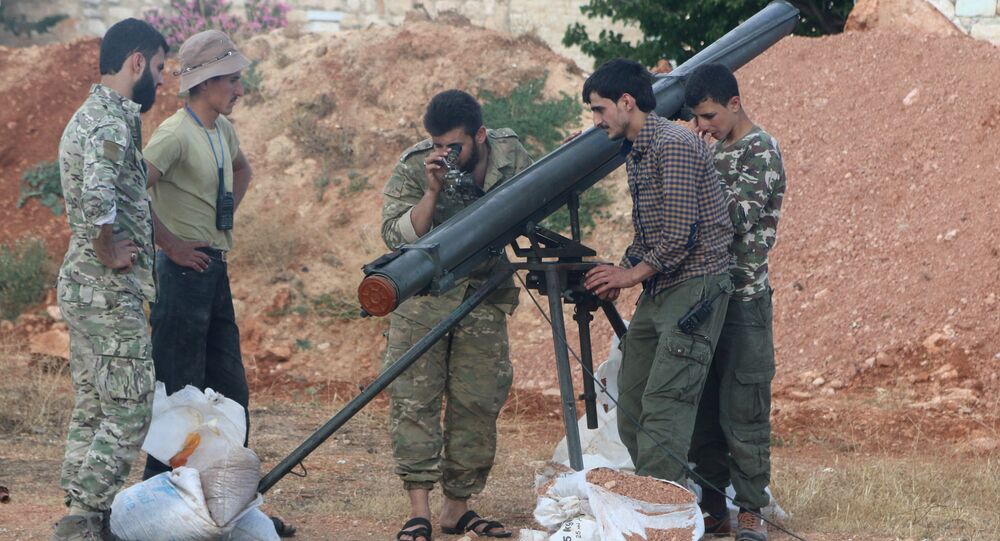 The command of the Syrian Army reached a ceasefire agreement with militant groups in the neighborhood of al-Waer in Homs Province. According to the agreement, armed people with their families will leave the area.

© Sputnik / Michael Alaeddin
Everyone Wants Aleppo: First Success of Syrian Army in Two Weeks
It has been the second similar agreement in the past two weeks. The first was reached outside Darayya, near Damascus. Militants of the so-called armed opposition forces withdrew from the area after the agreement was signed.

He added that if militants do not want a ceasefire they are offered to leave the area to protect civilians’ safety. They then move combat actions to another location and the previously besieged area is liberated and normal life is restored there.

"Ceasefires are a result of the Syrian Army’s successful advances. As a result, militants have only one choice — to lay down their arms and leave the battlefield. The Syrian Army protects civilians. The army blocks militants’ supply routes to force them to leave their positions," Al-Omry explained.

The goal of local ceasefire initiatives is to force militant surrender. They are then eligible for amnesty and help with reintegrating into normal life.

"Militants who refuse a ceasefire can leave the area if they lay down heavy weapons. They can go with light weapons to other areas because they have no other choice," he said.

Some militants return to a normal peaceful life while some join volunteer groups fighting against the terrorists. Volunteer centers have been established in Damascus and Homs. After social rehabilitation former militants can join the Syrian Army or its allied forces.

Syrian Army Repels Attacks in North of Hama Province, Up to 50 Terrorists Killed