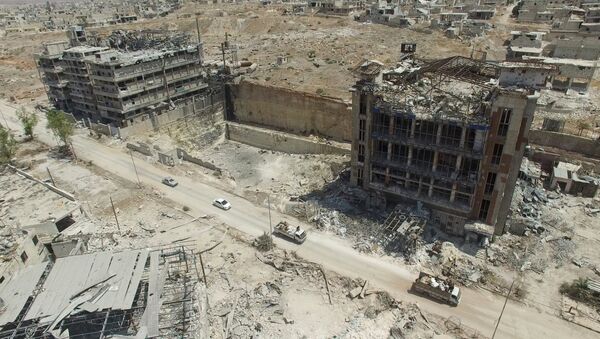 Syrian Army fighters and people's militia on Wednesday liberated half of the territory of the air force school south of Aleppo. A RIA Novosti correspondent witnessed the fierce battle to liberate the city from the terrorists.

According to the correspondent it was noticeable that the officers and commanders of the people’ militia were in a bad mood.

Daesh Leader and Spokesman Reportedly Killed in Syria’s Aleppo
That was due to the fact that for over two weeks, the battle at the frontlines of the air force school had been unmoving, with little progress.

The terrorists held the school just 500 meters away. There at the forefront, constant bombing and shooting could be heard but the Syrian Army did not have enough soldiers to storm the place and liberate it completely.

“The enemy is showing fierce resistance, we need ammunition and to send in the APC (Armored Personnel Carrier) to pick up the wounded,” the voice of the officer was heard shouting into the receiver, the correspondent reported.

When the sun came up, it illuminated a scene of heavy clashes and the activity of armored vehicles. The infantry was already in full swing and the soldiers were preparing everything necessary for loading the APC. 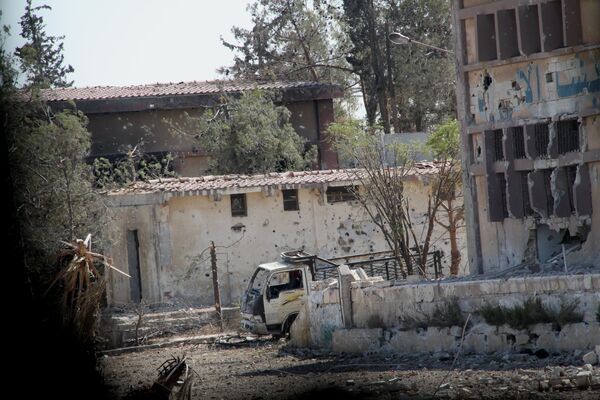 “The attack is being carried out very slowly as the enemy is using very heavy fire. The enemy is using mortars and anti-tank missiles, but an hour later you will see what happens,” one of the officers told the RIA correspondent.

After two hours the hum of approaching cars was heard. The general said smiling, that it was reinforcements. “First army has arrived with reinforcements, now things will change,” the officer said.

As the jeeps and a few buses approached, soldiers jumped out quickly and stood in formation. They were all shouting “Long Live Syria.” Dressed in bullet proof jackets and armed with weapons, the soldiers were quickly transported to the front line of the school to fight for its liberation. 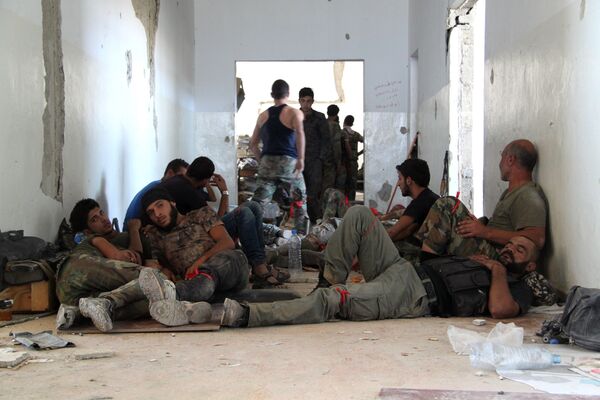 Why so Much Attention?

Attempts to free the territory of the educational institution belonging to the Syrian Ministry of Defense lasted for more than a week. Terrorists continue to  bring up reinforcements, in spite of vigorous attacks by the air force.

According to the intelligence reports, in the south and south-west of Aleppo hundreds of foreign mercenaries are fighting. 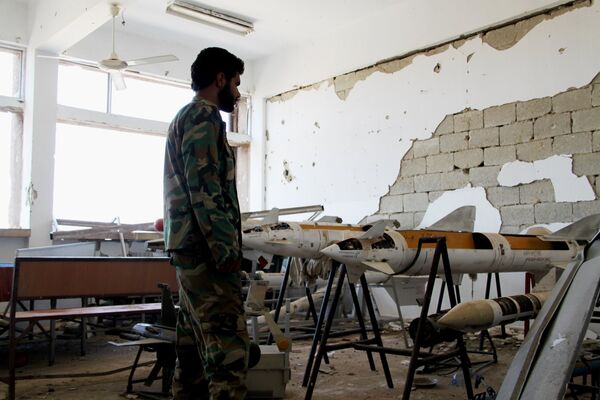 The terrorists do not forget to post their videos on the Internet. It can be clearly seen that a certain number of militants have new body armor and wear branded clothes.

“In the video, their weapons and how they operate them can be seen. But there are no videos with their faces. These are foreigners, possibly Turkish mercenaries,” according to the war correspondent with the Syrian Army.

The liberation of the air force school, hence, carries a large importance. The school is situated at a strategic location. Those who own the school control the Ramus district and therefore, the main entrance to Aleppo from the south side.

“Obviously, Aleppo must be liberated in the near future, before the beginning of changes in the political schemes.  The liberation of Aleppo will have a major impact on the political talks. It is understood by the foreign patrons of the terrorists,” Director of International Relations at the Ministry of Higher Education Akil Mahfud said during a meeting in July.

The commander for the liberation of the air force school soon afterwards reported to the group waiting near the frontline, including the RIA correspondent, that the defense line had been secured and a group of school buildings had been liberated. There was now a battle raging near the water tower which was situated on the grounds of the school.

Russia, US 'Few Steps From' Reaching Aleppo Coordination Deal
Shortly afterward, the RIA correspondent made a treacherous journey toward the school. When the correspondent with the Syrian Army managed to reach the school they saw that the building was severely damaged. There was graffiti everywhere on the walls.

Inside, everything was destroyed; in one of the classes there were dummies of rockets and bombs, which reminded of the fact that once this building was an aviation school. 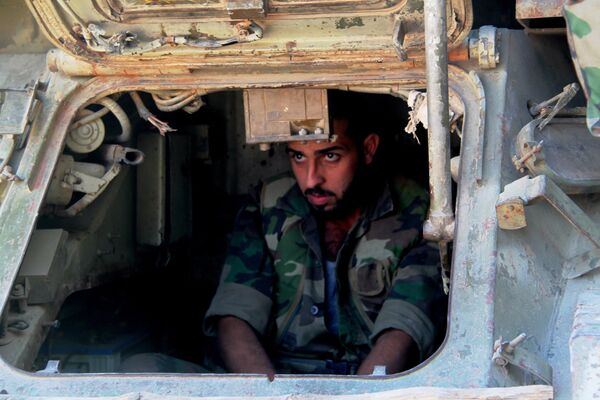 In the backyard of the school, there were two destroyed MiG-21 aircraft. The militants burned them during their offensive, despite the fact that the aircraft were there as part of a museum exhibition.

“Yes, I've lost a lot of friends in the last week. But their deaths must not be ignominious. Therefore, we are ready and we will liberate first the school and then all of Aleppo,” an eighteen year old army soldier told RIA correspondent.

In the coming days the military school, most likely, will be completely liberated. The Syrian Army fighters will fulfill the task set by their command in southern Aleppo. 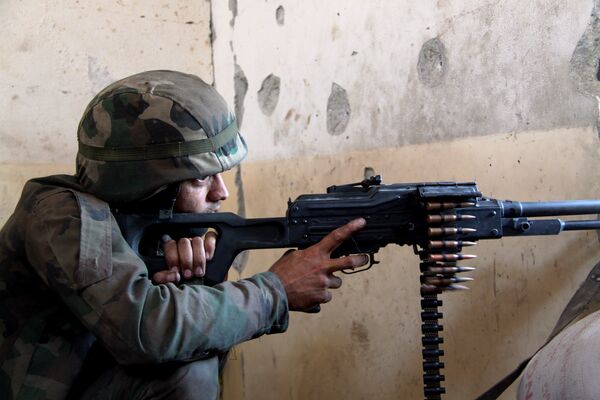 According to the Syrian military, the liberation of the military schools would narrow the circle around the militants in the eastern suburbs and provide an opportunity to launch an offensive in the area of Ramouse to ensure the security of the southern entrance to Aleppo, which is currently blocked by terrorists.

Aleppo has been under siege by militant groups, including Jaish al-Islam, Ahrar ash-Sham and Jabhat Fatah al Sham, formerly known as Nusra Front, classified as terrorist organization in Russia.

The city has seen intense fighting over the past few months, with the Syrian Army and local militia forces managing to encircle large groups of militants in the eastern districts of the city.