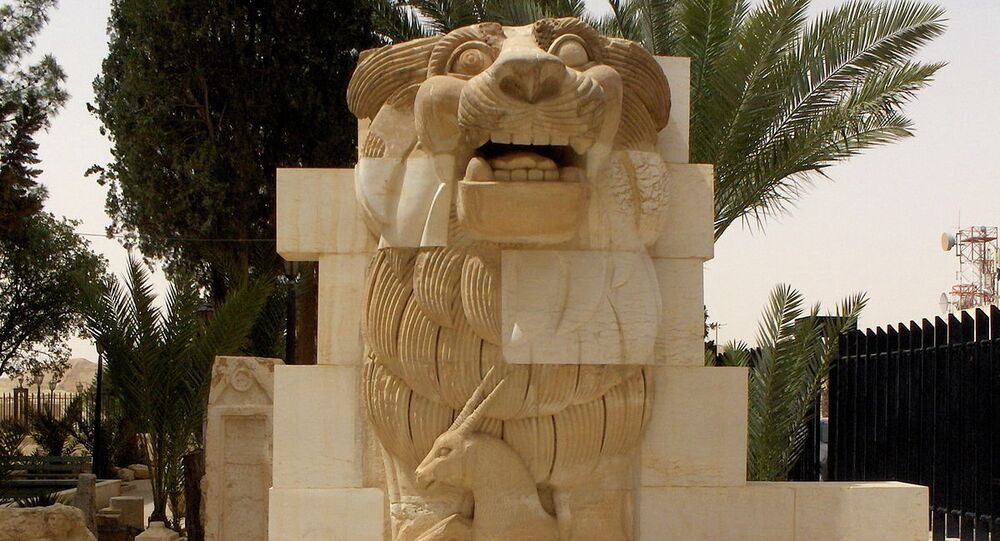 Washington has imposed restrictions on imports of artefacts from Syria.

WASHINGTON (Sputnik) —The United States has introduced restrictions on imports of ethnological and archeological artefacts from Syria, the US Department of State announced in a release on Wednesday.

"As part of its interagency coordination responsibilities for the preservation of cultural heritage, the US Department of State announces the imposition of import restrictions on archaeological and ethnological material of Syria," the release said.

The State Department pointed out that the import restrictions aim to preserve Syria’s cultural heritage and prevent terrorists from profiting in the illegal trade of antiquities.

"The restrictions apply to any cultural property unlawfully removed from Syria on or after March 15, 2011, including objects of stone; metal; ceramic, clay, and faience; wood; glass; ivory; bone, and shell; plaster and stucco; textile, parchment, paper, and leather; painting and drawing; mosaic; and writing," the release explained.

In November, Syria’s Department of Antiquities and Museums head Maamoun Abdulkarim said that some 300 archaeological sites have been destroyed or damaged since the beginning of the civil war in 2011.

The UN Security Council adopted Resolution 2199 in February 2015 that recognizes Daesh generates income from looting and smuggling of cultural heritage items, and has called on all states to prohibit trading the property looted from Syria.

Daesh is a designated terror group outlawed in Russia and numerous other countries.