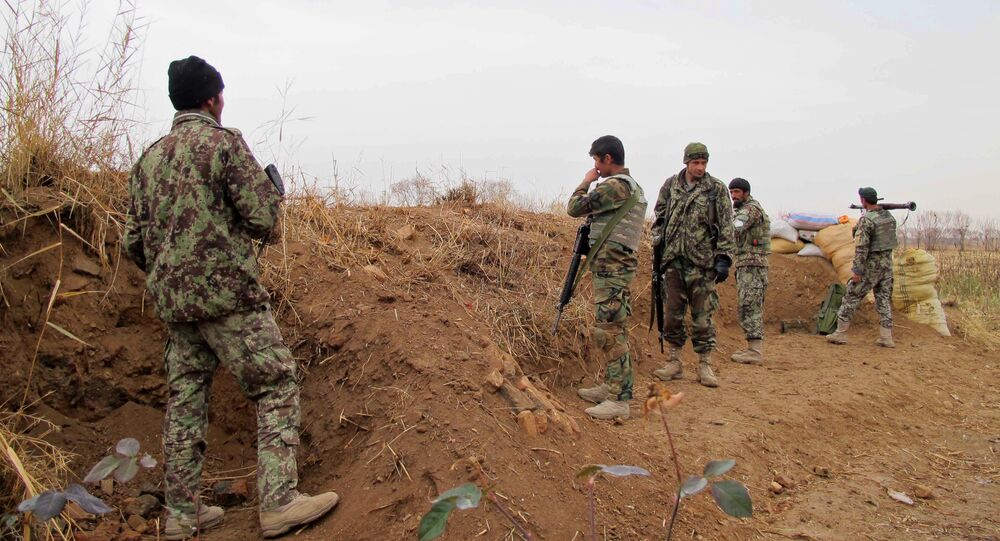 As Lashkar Gah, the besieged capital of Helmand Province in southern Afghanistan, is suffering a major humanitarian catastrophe, officials warn that it may not be long before the whole province falls to the Taliban, Nasima Naiazi, a member of the provincial legislature, told Sputnik.

© REUTERS / Abdul Mailk
'Complete Failure': 95 Percent of Helmand Province in Afghanistan Under Taliban Control
“There is heavy fighting going on in Helmand where the Taliban militants have resumed their offensive in Hermsar and Lashkar Gah. The situation is changing every hour, but the Taliban controls the southern districts of the province,” Nasima Naiazi said.

She added that with the local airport in Lashkar Gah was now closed, dozens of flights had been cancelled and the roads all blocked by the militants; there was virtually no access to Kabul from Helmand.

“Even though the Afghan Air Force keeps pounding the enemy positions, the effect of these airstrikes is minimal and Lashkar Gah can fall to the Taliban any time,” Nasima Naiazi warned.

She also said that Helmand’s proximity to Pakistan allowed the Taliban fighters to easily cross into the neighboring country’s border regions and then move back.

“I have no proof of Pakistani nationals fighting alongside the Taliban militants but many say they are. The government forces can’t afford letting Helmand fall because this could set off a chain reaction and Uruzgan and Herat provinces could follow suit. Liberation of Helmand is absolutely imperative if we want to preserve the territorial integrity of our country,” she emphasized.

An estimated 30,000 people have already fled the southeastern and southern parts of the province and moved to Lashkar Gah.

“Many of them need medical help, but their predicament has been largely ignored by the government.  Helmand province was not an economic powerhouse before this war broke out, but now the situation here is worse than ever,” Nasima Naiazi said in conclusion.

The militants have seized areas just a few kilometers away from Lashkar Gah and control all roads leading to the city.
If Lashkar Gah falls to the Taliban, it would be the second provincial capital captured since being ousted by the US-led invasion in 2001.

Afghanistan is in a state of political and social turmoil, fighting a continuing Taliban insurgency, with other extremist groups such as Daesh, expanding their activities in the country as well.