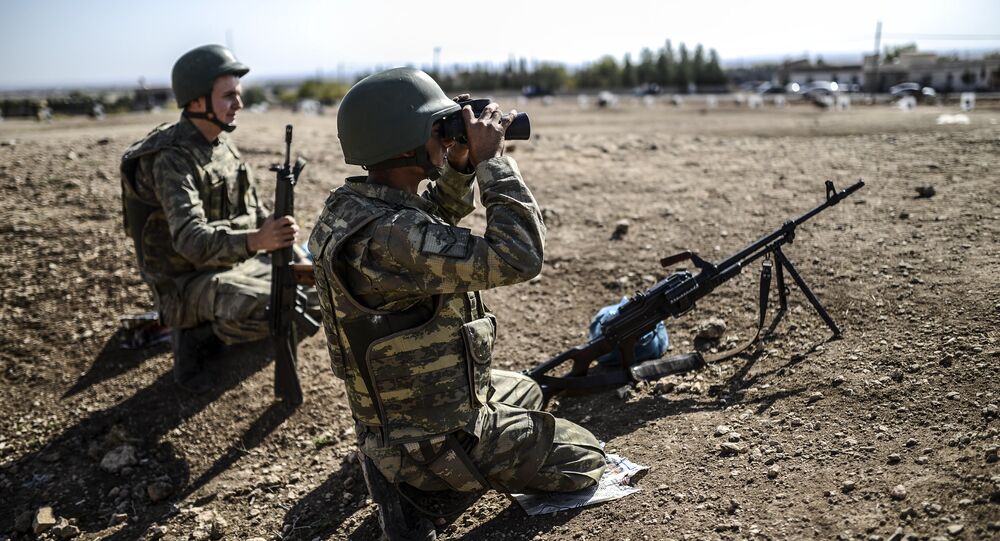 Turkish border patrol found US intelligence officer, who asked her command for rescue and headed to the Syrian-Turkish border two days ago, according to local media.

MOSCOW (Sputnik) — Turkish border patrol found on Sunday a US intelligence officer who US and Turkish military had been searching for for two days, Turkish media reported.

© Sputnik / Hikmet Durgun
US Established Incirlik Air Base in Turkey to 'Redraw Middle East' Borders
Injured while on mission in Syria, the officer asked her command for rescue and headed to the Syrian-Turkish border, the Hurriyet newspaper said.

Reportedly, US and Turkish military launched a search and rescue operation, involving helicopters and drones, but failed to find the intelligence agent.

On Sunday, the woman was found by Turkish patrol officers near the Syrian-Turkish border and brought to the Incirlik base. Her condition is unknown, the newspaper added.

When Push Comes to Shove: US Pressures Turkey to Secure Border With Syria