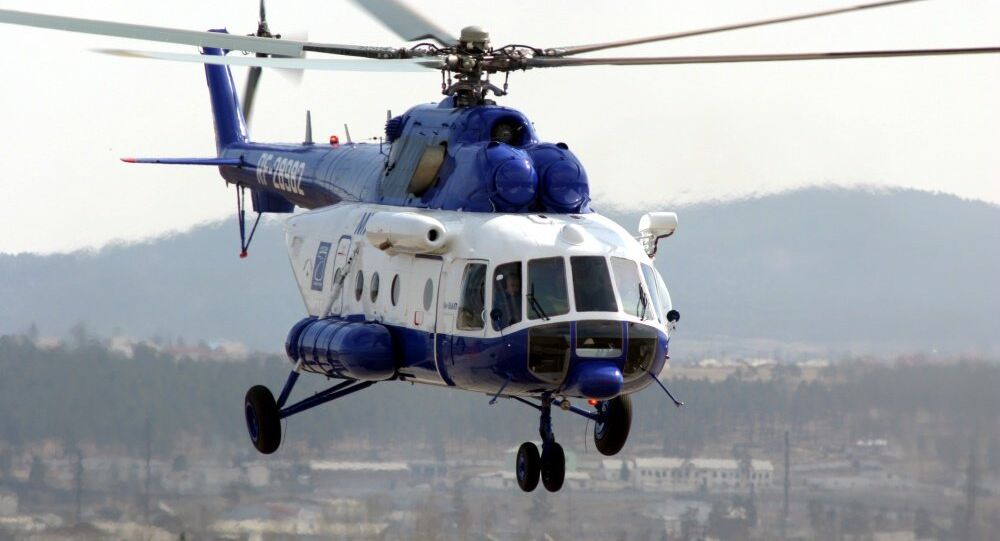 A Russian Mi-8 helicopter was shot down in northwestern Syria on Monday killing all five Russian servicemen on board. In an interview with Sputnik, Dr. Marcus Papadopoulos, Editor of Politics First Magazine, put the blame on an alliance of terrorist groups called the Army of Conquest and its suppliers.

“I have no doubt about that. They have in their possession advanced weapons. We are talking about tanks, other armored vehicles, antitank weapons and antiaircraft missiles. The question is who has supplied them with these antiaircraft missiles?” he continued, adding that they could have apparently been supplied by Saudi Arabia, Turkey and Qatar.”

“Therefore, they are responsible for the downing of Russia’s Mi-8 helicopter, which was on a humanitarian mission in Syria, and for the death of all five Russian servicemen on board,” Marcus Papadopoulos continued.

Dr. Papadopoulos said that the Army of Conquest formed at the beginning of 2015 and after its formation it scored a major  battlefield victory when it captured Idlib city in the north of Syria and the rest of the province.

“Its political and financial backers are Saudi Arabia and Turkey and even though Ankara may now be reconsidering its policy of supporting Islamist terrorist groups, Turkey is the major supporter of the Army of Conquest responsible for numerous atrocities in Aleppo with their artillery bombardment of civilians,” he noted.

When asked that whether the downing of the Russian helicopter and the death of its crew will lead to the Army of Conquest losing its foreign sponsors or becoming officially recognized as a terrorist group, Dr. Papadopoulos said that “there is little chance of that happening because the Americans are supporting numerous other Islamist terrorist groups in Syria."

© Sputnik / Said Tsarnaev
Russian Mi-8 Transport Helicopter Downed in Syria, Five People Confirmed Dead
He said that when in 2013 Daesh started to make its move in Syria there was no condemnation from the American government. It was only toward the end of that year when Daesh reemerged in Iraq and started posing a direct threat to the Western-backed Iraqi government that the Americans finally acted. Prior to that, they were only too happy to see Daesh advancing in Syria, capturing Syrian territories and committing atrocities.

"So there is no chance of the US listing the Army of Contest as a terrorist group,” Dr. Papadopoulos noted.

The downing of the Russian helicopter came shortly after Daesh posted a video where it called for waging a jihad against Russia.

© REUTERS / Ammar Abdullah
Redefining Moderation: US-Backed Syrian Rebels Shoot Down Russian Helicopter, Abuse Crew Bodies
When asked whether these two things could be connected somehow, Dr. Papadopoulos said that after Russia launched its antiterrorist campaign in Syria that actually turned the table in that conflict, it is now seen by Daesh, al-Nusra Front, the Army of  Conquest and others as one of their main enemies.

Answering a question about the terrorists disseminating video accounts of their atrocities, Dr. Panadopoulos said that such photos and videos must be banned and that there should be censorship.

“I don’t really care what people in the West say about censorship being not in line with Western values of democracy and freedom of expression. There has to be a line drawn somewhere, that pictures of atrocities, beheadings, of bodies being dragged behind trucks should be prohibited on social media.”

“This would deprive the terrorists of a very important channel of recruitment. We have to fight them on the battlefield and we should also beat them on social media by banning their pages on Facebook and preventing them from uploading their appalling photos and videos,” Dr. Marcus Papadopoulos emphasized.

The downing of the Mi-8 has become the deadliest episode for the Russian military since it started bombing terrorist-held territories in Syria in September 2015.