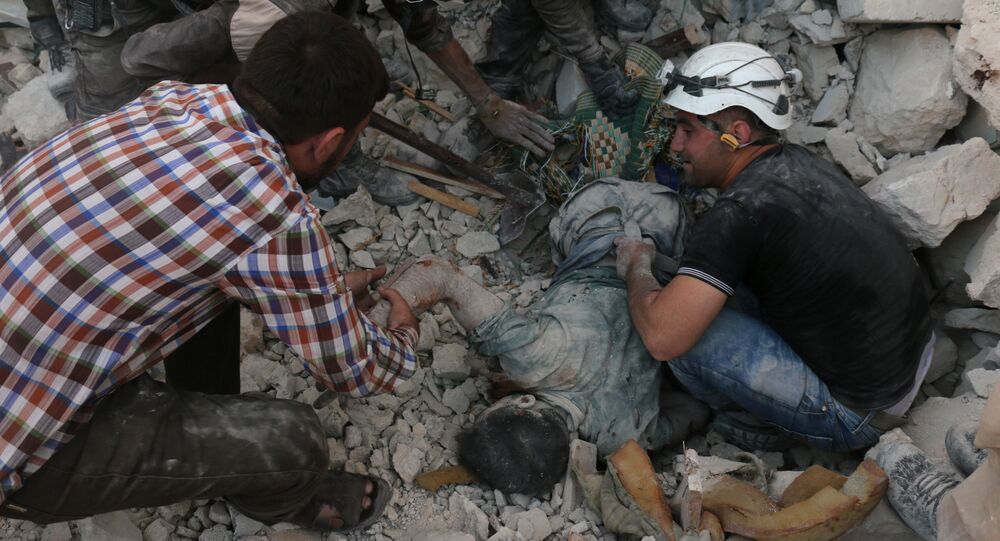 Syrian Foreign Ministry condemns airstrikes of the US-led coalition against the Daesh in Syria that caused deaths among civilians, according to official statement.

© AP Photo / Marko Drobnjakovic
At Least 14 Civilians Killed in Recent US Airstrikes in Syria, Iraq
BEIRUT (Sputnik) — Syrian Foreign Ministry said in a statement on Friday that it condemned airstrikes of the US-led coalition against the Islamic State (ISIL or Daesh) militant group, as well as the activities of terrorists that result in civilian casualties.

"Syrian government strongly condemns attacks against civilians, infrastructure and economy conducted by the so-called coalition, as well as by terrorists and calls for end of these attacks and crimes and to punish the guilty ones," the statement said, as quoted by the Syrian SANA news agency.

The US-led coalition of more than 60 nations has been conducting airstrikes against the positions of the Daesh, which is outlawed in many countries, including the United States and Russia, in Syria and Iraq since the summer of 2014.

At Least 14 Civilians Killed in Recent US Airstrikes in Syria, Iraq