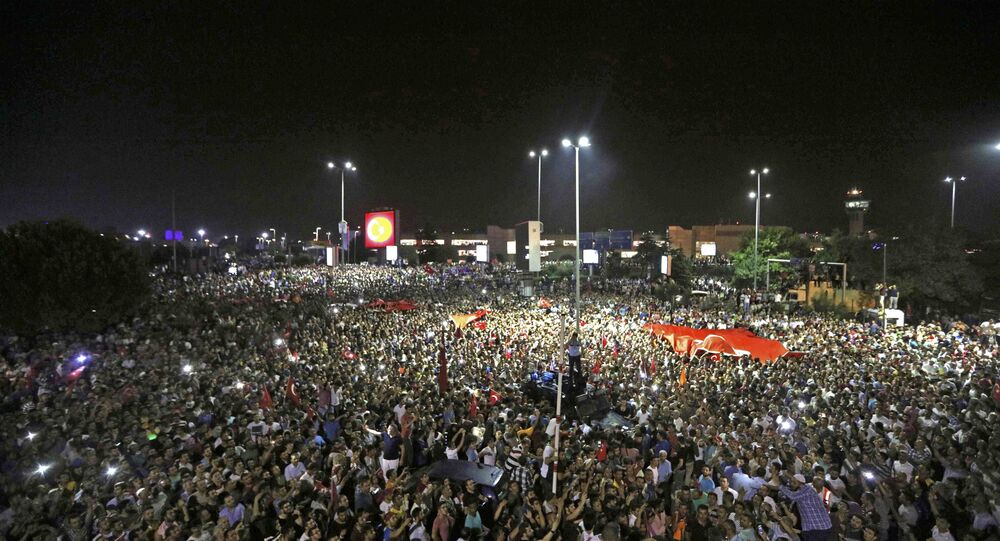 © REUTERS / Murad Sezer
Turkey Reopens Bosphorus Strait for Tankers After Coup Attempt - Shipping Company
MOSCOW (Sputnik) — Late on Friday, Turkish authorities said that an attempted coup is taking place in the country. Turkish President Recep Tayyip Erdogan urged Turkish citizens to take to streets, stating that the coup attempt was carried out by a small group within the military.

A total of 2,745 judges and prosecutors from Supreme Board of Judges and Prosecutors (HSYK) have been suspended, Anadolu news agency reported.

HSYK is an organization uniting the legal community of Turkey. Its head is Turkish Minister of Justice.