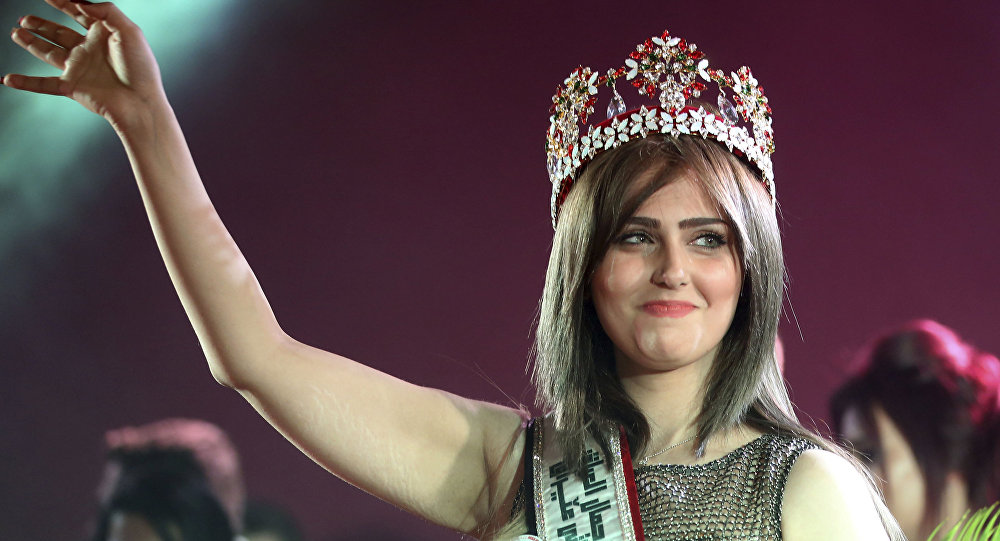 The national beauty who won the beauty contest “Miss Iraq 2015,” Shaymaa Qasim, participated in the demonstrations held in Baghdad in support of the victims who were killed in the latest terrorist attack in the capital which claimed more than 290 lives.

The demonstration, which was attended by several dozen people, began on Wednesday, July 6, 2016, in the Karada district, where the attack occurred. The proceeding headed toward the Hadraa area where the government center is located.

The demonstrators shouted slogans demanding the government to take urgent measures to ensure the safety and protection of civilians.

In the published video and photos on social networks from the demonstration it can be seen that Shaymaa Qasim, who later suffered from tear gas dispersed by the security forces, was also taking part by in the protest.

According to some Arab media it was reported that Shaymaa herself was the organizer of the demonstration and led the procession. However, miss Iraq herself did not give any statements on this topic and did not confirm or deny this information.

Two explosions hit Baghdad on July 3 in a crowded shopping area of the city. Media reported that Daesh took responsibility for the attacks.