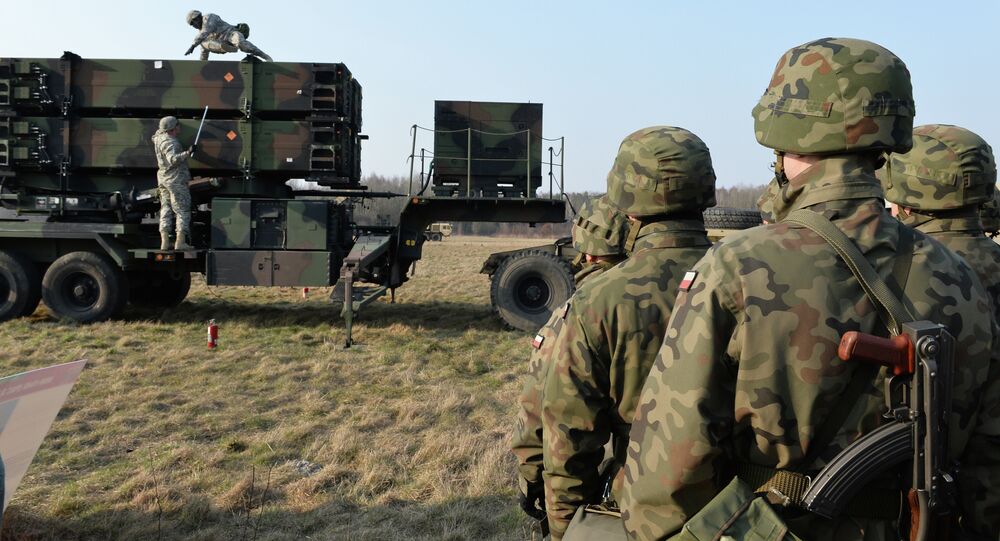 US Secretary of Defense Ashton Carter has endorsed moves by New Zealand and Poland to prolong and enhance their participation in the US-led military campaign to counter Daesh (ISIS/Islamic State) in the Middle East, saying these decisions will contribute to the lasting defeat of the violent extremists.

© AP Photo / Lefteris Pitarakis, file
Rift Between Syrian Armed Groups ‘Mirrors Broader Conflict in Washington’
Carter thanked both nations for their commitment in the anti-Daesh struggle in a statement on Monday, mentioning that he had met with defense ministers from both countries a week prior to discuss the importance of global cooperation in the anti-terror fight.

On the same Monday, New Zealand announced that it would prolong its deployment of 143 servicemen to Iraq, as part of the joint New Zealand-Australia effort to train Iraqi soldiers to battle Daesh. The country’s military contingent was expected to be returned home, but now is projected to remain in Iraq until November 2018.

According to Prime Minister John Key, New Zealand troops will be stationed at Camp Taji, 17 miles north of Baghdad, training Iraqis at the Besmaya camp south of Baghdad. He said that the troops will be secure as they will be working behind barbed wire.

Earlier, New Zealand pledged to send up to 40 servicemen to take part in US-led coalition missions, and deploy a C-130 Hercules to Iraq. Wellington has vowed to allocate $1 million in stabilizing funding to Baghdad.

Poland, for its part, agreed to boost its presence in the Middle East, sending 60 trainers and advisers to Iraq and four F-16s to Kuwait for reconnaissance missions over Iraq and Syria. Polish national Defense Minister Antoni Macierewicz said Monday the jets will be accompanied by support group of 150 servicemen.

“Expanding the resources dedicated to the fight allows us to further accelerate the campaign,” Carter said in praising the decision by the Polish government.

Not all are as supportive as Carter to Warsaw’s announcement. The country’s ex-Foreign Minister Grzegorz Schetyna said that the step could make the country a target for terrorists in the run-up to the NATO summit in July.

"[The decision] is the worst possible, because it is made ahead of the NATO summit and World Youth Day, large-scale events attracting many people from the outside. It also attracts the attention of terrorist groups, as the security services admit," he said, quoted by RMF.

The US-led coalition consists of over 60 nations and has been launching airstrikes on Daesh positions since 2014.