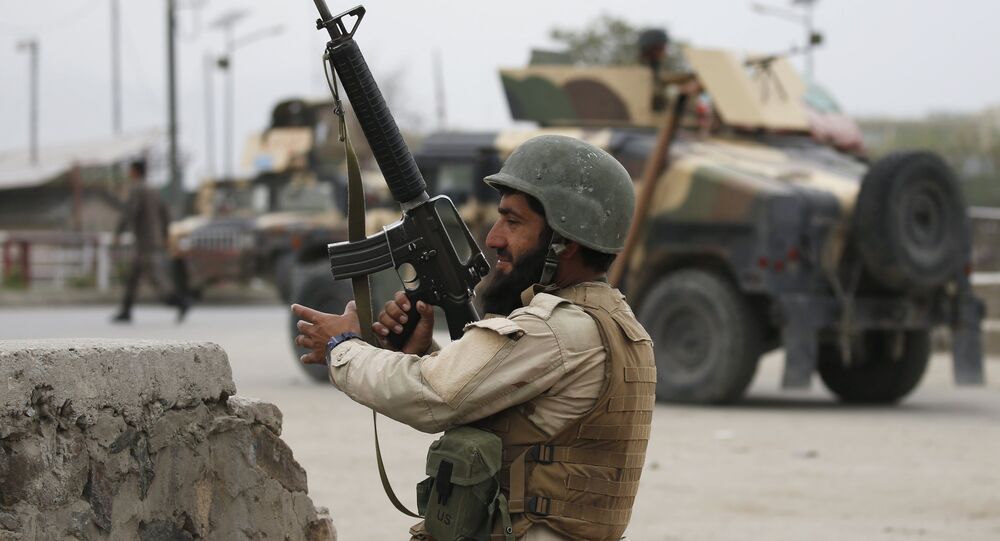 Afghanistan Not Seeking Foreign Troops to Aid in Fight Against Daesh

Afghanistan does not seek the involvement of foreign troops in the fight against Daesh, instead seeking capacity-building assistance from its partners, Afghan Deputy Foreign Minister Hekmat Khalil Karzai told Sputnik on Thursday.

"We do not anticipate…anyone to provide us [with] support, where they have to, you know, come into Afghanistan. We would like to make sure that we ask them for support in terms of developing our own capacity or providing us with equipment," Karzai said, replying to a question about Russian help in Afghanistan's fight against Daesh.

Afghanistan is undergoing political, social and security instability, as the Taliban movement and other radical extremist organizations such as Daesh, which is prohibited in many countries, including the United States, Russia and Pakistan, among others, have expanded their activities in the country.

Daesh extremist group overran large areas of Syria and Iraq in 2014, with affiliates operating in Afghanistan, Libya, Nigeria and other parts of the world across North Africa and South Asia.