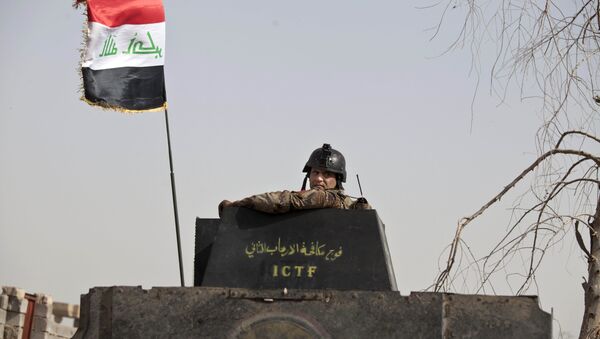 Fallujah Under Daesh: People Forced to Eat Grass, Donate Blood
BAGHDAD (Sputnik) — The Iraqi Army and Shiite militias, backed by US airstrikes, launched the offensive to retake Fallujah on May 22. The governmental forces have already gained control over most of suburbs of the city.

"Daesh's resistance lines have started to rapidly collapse. The terrorists are escaping towards the west of the city," Jawdat told reporters.

According to Jawdat, Iraqi troops are moving towards the center of Fallujah, and it will soon be possible to say that city is liberated from Daesh.

Fallujah, located some 42 miles west of the Iraqi capital of Baghdad, is one of the largest cities in the Anbar province.