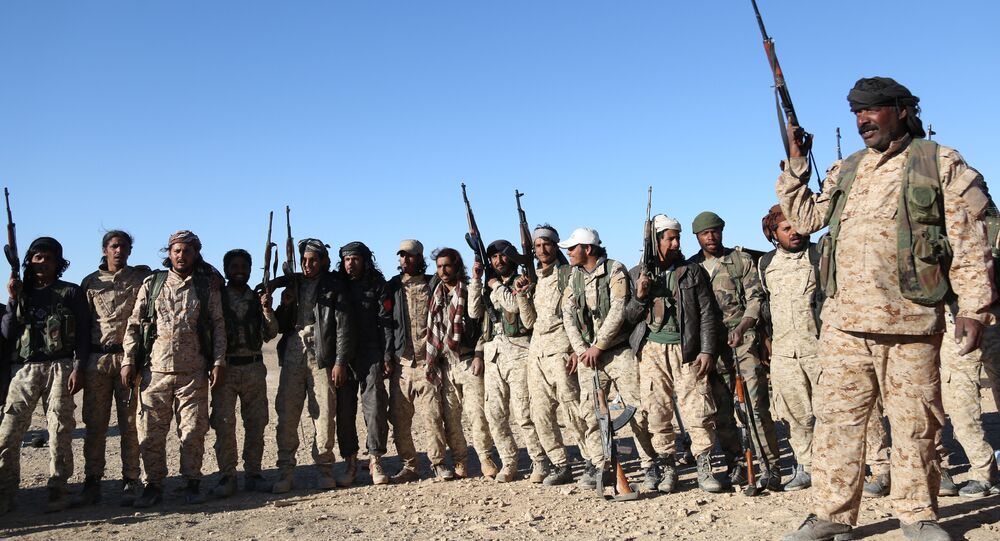 As the Syrian Democratic Forces (SDF), led by the Kurdish People's Protection Units (YPG), liberate a number of villages and settlements in the Raqqa neighborhood and take control of the strategically important settlement of Kirtaca, some suggest that the large-scale offensive might be a good chance for Russia-US cooperation in Syria.

Tackır Kobani, a representative of the SDF spoke to Sputnik Turkey about the large-scale three-pronged offensive, which was launched on Tuesday to liberate Syria’s third-largest city Raqqa, which has been the de facto ‘capital’ city of Daesh for over 2.5 years.

“Our forces continue to advance to the north of Raqqa under the aerial coverage of the US-led anti-terrorist coalition forces, which are conducting massive air strikes on Daesh positions in the region,” he said.

Kurds lead operation to retake Raqqa from IS https://t.co/OjI8ZpypfBhttps://t.co/TX6WHGodpm

​“A number of settlements and villages in the area have been liberated from the jihadists. We have also taken under control the large settlement of Kirtaca in the Raqqa neighborhood,” he added.

Tackır Kobani also said that the SDF, using heavy armaments, are currently encountering a fierce fighting with Daesh near the village of Tılsemer.

Fleeing from the villages the jihadists lay mines and set traps on the way of their retreat. However a large number of militants have been killed.

The civil population of the area is actively cooperating with the SDF in the operation, he added.

Russia prepared to coordinate w/ Raqqa offensive. Liberation could come earlier if US were more open to cooperation. pic.twitter.com/hPpHquin88

​Russian Foreign Minister Sergei Lavrov said on Tuesday that Russia is ready to coordinate efforts with US-led coalition and Kurdish forces in Syria on the liberation of Raqqa.

"Raqqa is one of the aims of the anti-terrorist coalition, just like Iraq’s Mosul. We are confident that these cities could have been liberated more effectively and faster if our military officials (of Russia and US) would have started coordinating their actions much earlier," the foreign minister noted.

On Friday, Russia proposed conducting joint airstrikes with the US-led coalition in Syria against an al-Qaeda-linked group al-Nusra Front and other factions, in an effort to seek more coordination with the West in the Syrian conflict.

“We propose. . . a joint action between the Russian air force and the US-led coalition to plan and conduct strikes against the al-Nusra Front, which does not support the cease-fire, as well as against convoys of arms and fighters crossing the Syrian-Turkish border,” the Russian media quotes the Defense Minister as saying.

In reference to the above Sergei Lavrov commented:

"There is a chance now that such coordination will take place. We think that Russian Aerospace Defense Forces and the US-led coalition’s aviation should work synchronously, in coordination, and help those on the ground to really resist terrorist units. First of all, among them [forces on the ground] are, of course, armed forces of the Syrian Arab Republic, and, of course, different groups of Kurdish forces, including the armed part of the Democratic Union Party.”

© REUTERS / Rodi Said
High Stakes For Syria: Liberation of Raqqa Similar to ‘Capture of Berlin in WWII’
According to Russia’s online newspaper Gazeta.ru, the Kurdish Democratic Union Party has announced that it is going to coordinate its actions both with Russia and the US.

The outlet notes that the Democratic Union maintains close contacts with Russia. Its co-chairman Salih Muslim has come to Moscow twice to coordinate his party’s inclusion into the Syrian peace talks in Geneva.