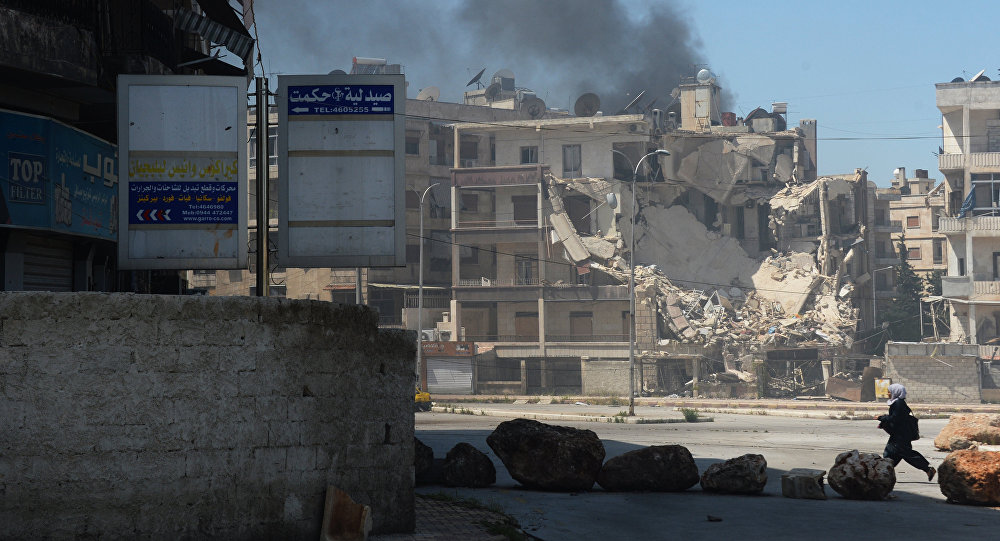 Russia, US Agree to Extend Syria Ceasefire to Aleppo - DoS

According to the US State Department, the United States and Russia have agreed to extend the 'silent' period to Syria's Aleppo province.

"As part of our urgent efforts to de-escalate violence in Syria and reaffirm the cessation of hostilities nationwide, the United States and Russia concluded arrangements late yesterday to extend this effort to Aleppo province, including Aleppo city and its surrounding areas," the press release stated.

The 'silent' period has come into force at 00:01 local time on Wednesday.

The US sees the decrease of violence in the Aleppo province after the extension of the ceasefire took place, according a US State Department press release.

"Since this went into effect today at 00:01 in Damascus, we have seen an overall decrease in violence in these areas, even though there have been reports of continued fighting in some locations."

© Sputnik / Iliya Pitalev
Lavrov to Sputnik: Russian-US Joint Work on Syrian Ceasefire 'Satisfactory'
The US State Department hopes that all parties involved will observe the ceasefire in Aleppo.

The US is closely coordinating monitoring of the new cessation of hostilities in Aleppo with Russia. "To ensure this continues in a sustainable way, we are coordinating closely with Russia to finalize enhanced monitoring efforts of this renewed cessation."

Washington counts on Moscow to put pressure on Damascus concerning the 'silent' period in the Aleppo province.

The State Department vows to continue efforts to expand cessation of hostilities across Syria.

Earlier in the day, the head of the Russian Center for Reconciliation said that the Russian military in Syria and their US colleagues have found an effective mechanism for ceasefire.

UNSC Should Pressure Damascus Over Situation in Aleppo - Foreign Ministry