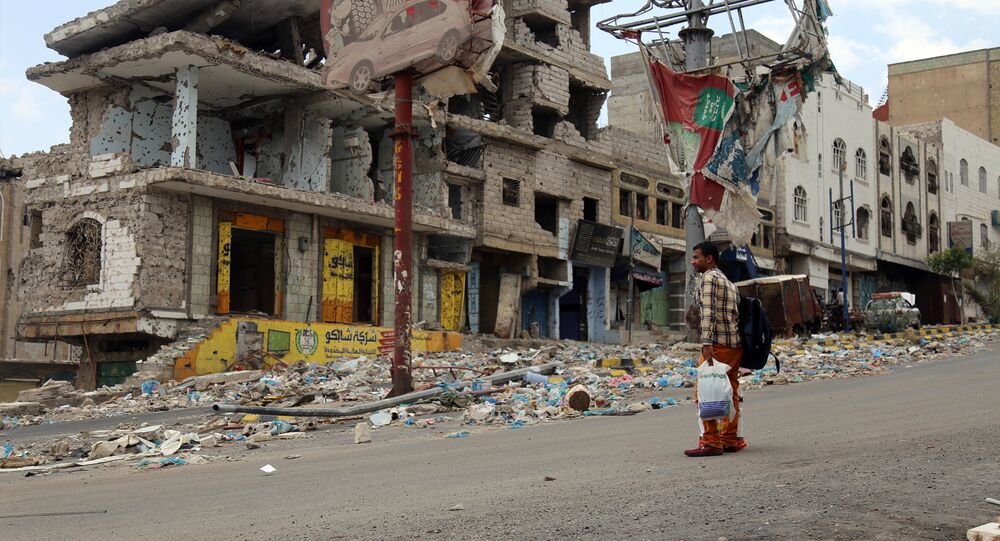 The UK Home Office have said that the Saudi government is committing war crimes in Yemen due to the airstrikes they have been conducting over the last year. The Foreign Office however, disagrees.

"There are reports of the use of indiscriminate acts of violence by both sides, including the use of cluster bombs and attacks on civilians, homes, schools, factories, markets and reports of civilians fleeing airstrikes and being chased and shot at by helicopters," the Home Office report states.

However, the claims appear to contradict those of the Foreign Office, who released on the same day a memorandum to the Select Committee on Arms Export Controls. It stated that Saudi Arabia was acting within international law. The memo also stated that there was no need for Britain to stop selling weapons to the Gulf state.

"Our supporters are already dismayed and exasperated by our predilection to indulge special interest groups over our national interest. Our competitors can only see great opportunities to fill the economic vacuum that would be left by the UK's actions, and our enemies will delight in seeing the UK's commitment to Gulf stability weakened or broken."

The war in Yemen is a conflict involving the Saudi-led coalition of Sunni Arab states, and since March they have launched an all-out air campaign against the Iranian-backed Houthi armed groups.

© REUTERS / Khaled Abdullah
Will It Hold? Yemen Ceasefire Off to a Shaky Start

The death toll has reached 4,500 in six months alone and the Saudi airstrikes have killed more civilians, with 98 per cent of deaths and injuries being civilian.

This contradictory message from the UK government comes at a time when they have been accused of complicity in the Saudi war crimes.

A report by children charity Save the Children, claimed that the UK government was more concerned with the sale of weapons to Saudi then they have been to the lives of children, who are being heavily targeted by the airstrikes.

Will It Hold? Yemen Ceasefire Off to a Shaky Start