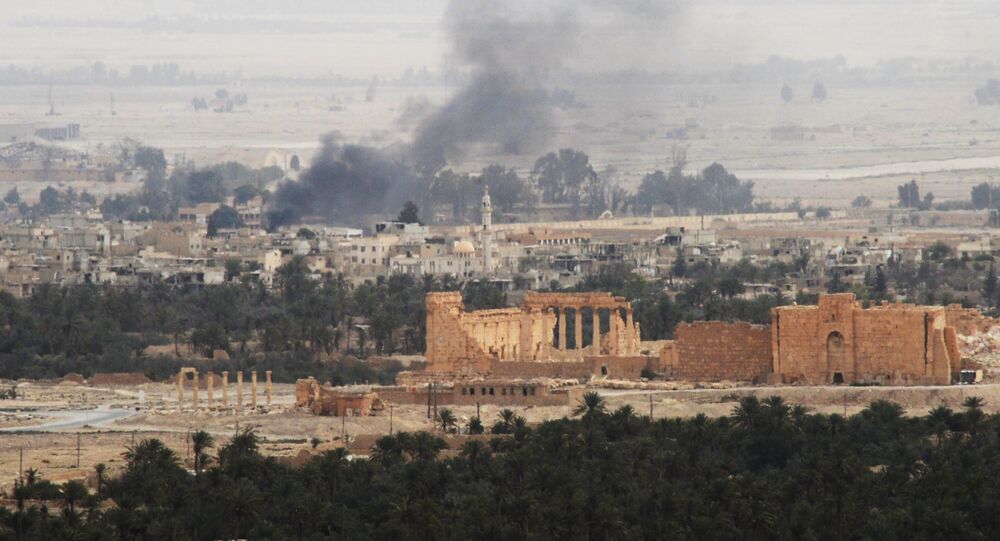 Russian warplanes have conducted 40 sorties in Syria's Palmyra over the past 24 hours, destroying 158 terrorist targets and eliminating over 100 militants, according to the Russian Defense Ministry.

"Near Tadmor [Palmyra in the Homs province] the Russian Aerospace Forces have carried out 40 sorties over past 24 hours. Airstrikes have been launched on 158 terrorist targets, killing more than 100 militants and destroying four tanks, three artillery systems, four ammunition depots, and five units of motor vehicles," according to a daily bulletin published on the site of the Russian Defense Ministry.

According to the bulletin, residents of the Aleppo province reported about the arrival of 200 militants in Haritan village, who were armed with heavy machine guns and mortars.

In Aleppo, Ahrar ash-Sham militants, which are participating in the truce, shelled residential areas and Kurdish positions three times.

The Russian reconciliation center has registered nine ceasefire violations over the past 24 hours: three in the Aleppo province, two in Damascus, as well as two both in the Latakia and Homs provinces.

"In general, the ceasefire regime in the territory of the Syrian Arab Republic has been observed. During last 24 hours, 9 ceasefire violations have been registered (Aleppo – 3, Damascus, Latakia and Homs – 2 for each)."

© AFP 2021 / BARAA AL-HALABI
Ahrar Ash-Sham Not Participating in Syria Talks on Own Initiative
The ministry noted that a population area in the Idlib province was shelled, injuring one civilian. Moreover, in the province of Homs, unknown armed groups shelled twice the Syrian Army from mortars.

In the Damascus province, unknown militants shelled residential areas, according to the Russian military.

The Russian Defense Ministry emphasized that no airstrikes have been carried out by Russian and Syrian air forces on Syrian opposition groups participating in the ceasefire agreement.

"Russian Aerospace Forces and Syrian Air Forces did not launch strikes on armed groups which participate in the ceasefire regime and informed the Russian and US centers on reconciliation about their location."