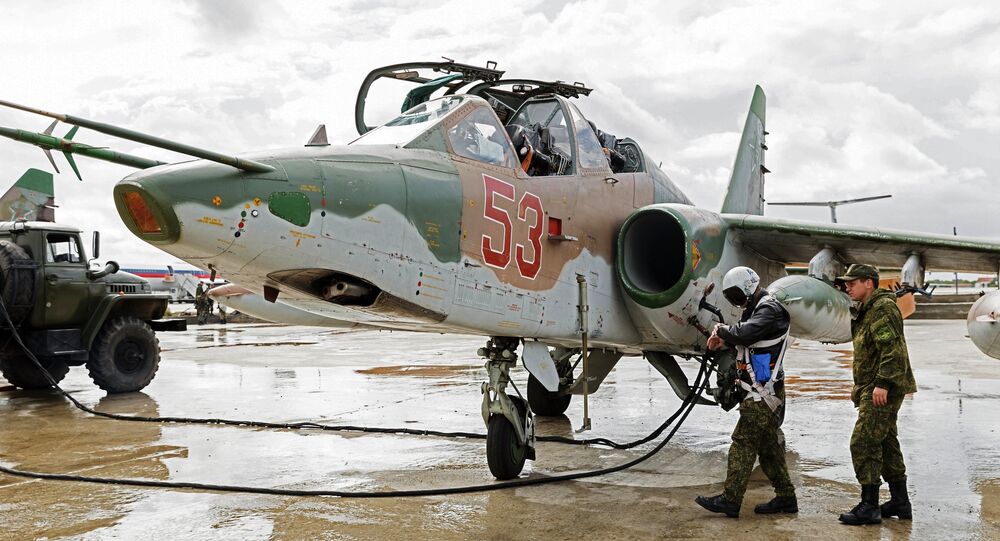 One in two Russians believe their country’s military presence in Syria should be restored should the reconciliation talks break down, a Russian Public Opinion Research Center (VTsIOM) poll found on Friday.

© REUTERS / Maxim Zmeyev
Kerry: Brussels Attacks Confirm Need for Effective US-Russia Work in Syria
MOSCOW (Sputnik) – The bulk of Russia's military assets returned to their home bases from the Hmeimim air facility in Syria on President Vladimir Putin’s March 14 orders after broadly completing their counterterrorist objectives. The latest round of proximity talks between Syrian government and opposition delegations resumed on the same day, before recessing until next month on Thursday.

"Every second respondent (50 percent) believes that, if the situation in Syria begins to deteriorate again and the peaceful settlement negotiations fail, Russia should return to Syria and relaunch a military operation," VTsIOM said.

Twenty-eight percent of those polled opposed a return of Russia’s air forces to the Arab republic, while 22 percent were undecided.

© Sputnik / Iliya Pitalev
Russian Air Operation Helped Preserve Syria's Unity - Parliament Speaker
Nearly 85 percent of respondents approved of Putin’s decision to withdraw a major portion of Russia's jets and equipment versus just 7 percent who disapproved of the withdrawal. Among those who regularly follow events in Syria, the share of those who support the move was at 92 percent.

A final 12-point declaration circulated by Special UN Envoy for Syria Staffan de Mistura called for the next round of intra-Syrian talks to agree on a timeframe for a political transition, including a schedule for elections and a new constitution.

Wrapping up his visit to Moscow late on Thursday, US State Secretary John Kerry said Russia and the United States had agreed the next round of talks in Geneva should focus on addressing the details of Syria’s political transition.