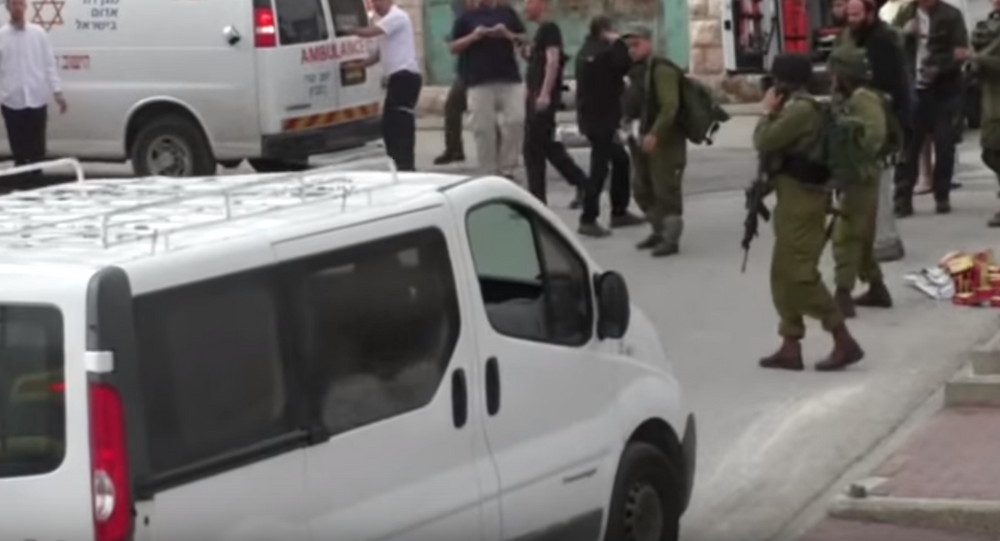 An Israeli soldier has been detained after a rights group released video of him shooting a wounded Palestinian in cold blood.

The incident occurred Thursday morning. A pair of Palestinian men, Abdel-Battah al-Sharif and Ramzi al-Qasrawi, stabbed an Israeli soldier in the West Bank city of Hebron. Troops fired on both men, killing al-Qasrawi and injuring al-Sharif.

Video footage filmed by Emad abu-Shamsiyah, and released by rights group B’Tselem, shows one of the troops shooting al-Sharif in the head while the 21-year-old lies incapacitated on the ground.

"I heard gunshots, went outside my house to check what it was, and saw several Israeli soldiers yelling and two youths on the ground," a witness told Ma’an news agency. "A soldier approached one of the youths that was moving while yelling and opened fire on him from zero range."

According to the Israeli military, the offending soldier had been detained by his unit commander before the video was released.

A number of similar incidents have been reported by humanitarian groups in recent months.

Last week, Israeli troops shot and killed three Palestinians near the Kiryat Arba Israeli settlement. Autopsies performed the following day showed the bodies were riddled with bullets that had been fired into the corpses long after the initial incident.

In February, Israeli soldiers shot 20-year-old Mohamad Abu Khalaf. An autopsy showed that while he was killed by two rounds, his body was littered with dozens of other bullets.

Over the last six months there has been an uptick in violence. Twenty-eight Israelis and two Americans have been killed in a series of Palestinian stabbings, shootings, and car-ramming attacks.

During that same period, at least 188 Palestinians have been killed by security forces.

According to Haaretz, Rabbi Yosef called for the killing of any "armed Palestinian," whether in possess of a gun or a rock.