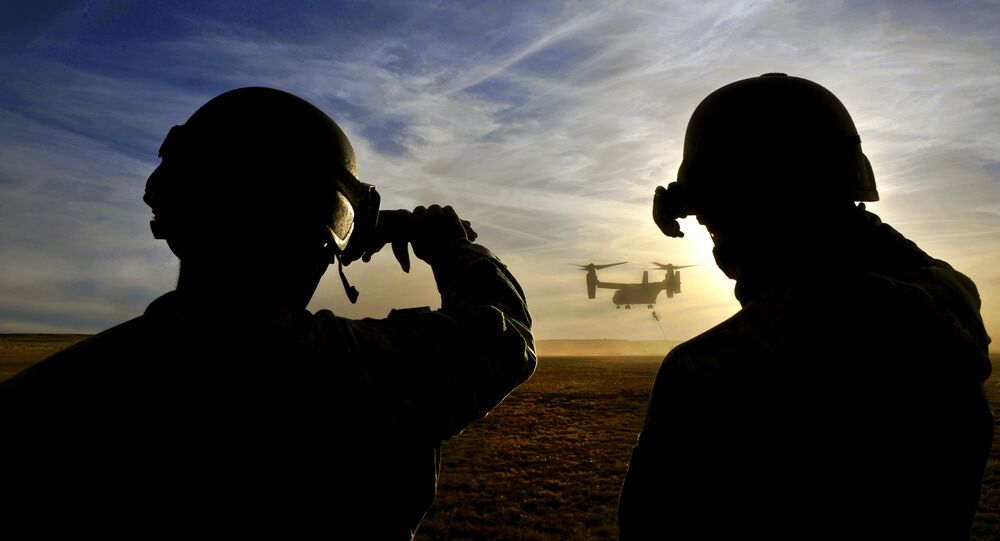 Seeking to avoid potential escalation, the US revealed the locations of its special ops personnel in Syria to Moscow.

The disclosure was made beyond the scope of the existing memorandum of understanding (MOU) which was signed between the US and Russia in October 2015 in order to regulate safety protocols for their respective warplanes in the region.

"We provided a geographical area that we asked them to stay out of it because of the risk to US forces," Pentagon spokesman Peter Cook told journalists, according to Military Times.

"This was a step we took to try to maintain their safety in a dangerous situation and this was a request that we made to the Russians outside the scope of the memorandum of understanding… Up to this point, [the Russians] have honored this request," he added.

© AFP 2021 / MUSTAFA OZER
'Heading to WW3': Will US War Party Authorize Turkish-Saudi Military Adventure in Syria?
The MOU was signed between Moscow and Washington in October following the beginning of the Russian air campaign in Syria. However, the document remains fairly limited in scope due to disagreements between the two powers, as the US continues to accuse Russia of bombing 'moderate' rebel forces fighting the Syrian government instead of Daesh forces – allegations that Moscow has continuously refuted.

However, despite being at odds regarding certain aspects of the Syrian conflict, the US and Russia did cooperate on several issues, most notably the elimination of Syrian chemical weapons and the approval of the Geneva peace talks.

Syria has been mired in civil war since 2011, with the country’s government fighting multiple opposition factions and extremist groups, including Daesh (also known as ISIL or the Islamic State).

The Syrian Army's anti-terror effort is backed by Russia's ongoing air campaign in Syria which was launched on September 30, when more than fifty Russian warplanes, including Su-24M, Su-25 and Su-34 jets, commenced precision airstrikes on Daesh and Jabhat an-Nusra targets in Syria at the behest of Syrian President Bashar Assad.