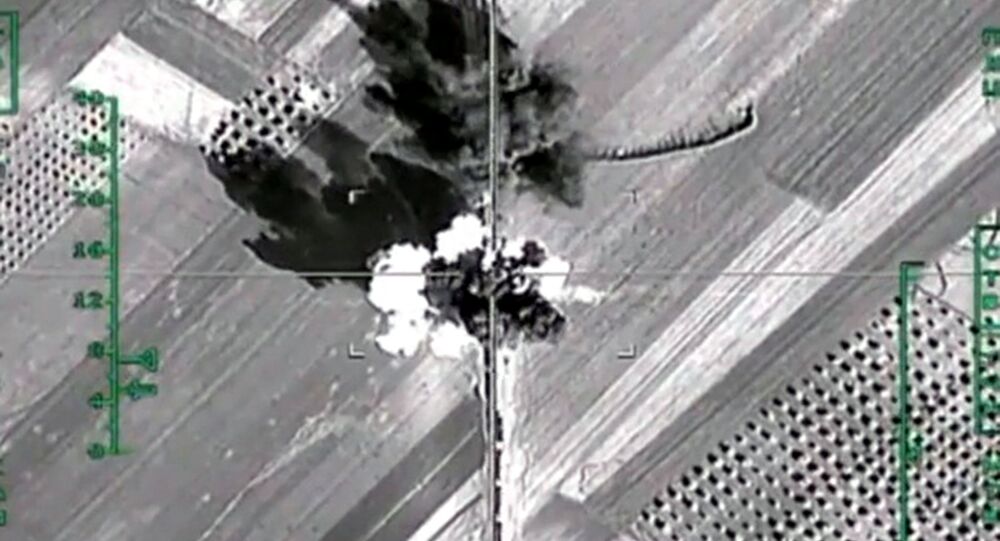 TV Channel France 2 showed footage of Russian airstrikes in Syria as the work of the US-led international coalition in a fight against Daesh (Islamic State).

While covering news from Syria and reporting about airstrikes against Daesh militants, France 2 showed footage first released by the Russian Defense Ministry.

According to Russian blogger Timofei Vasiliev, the news story said that Russian airstrikes hit civilian targets, as the Russians allegedly don't use precision bombs, instead indiscriminately bombing everything in the area. Unlike the Russians, the French Air Force, which works as part of the US-led coalition, "successfully" bombed Daesh targets, France 2 said.

The French TV channel, however, couldn't find any footage to prove their point, so it just used footage of Russian airstrikes to demonstrate the precision of Western missiles. No big deal, right?

First, the channel claimed the Russians were off target, while the Western coalition bombed the terrorists; then France 2 showed footage filmed by the Russian Air Force as the work of the US-led coalition. Awkward.

A similar thing happened on November 19, 2015, when PBS NewsHour, a daily US-television news program, used the footage of Russian airstrikes in Syria, passing them off as US airstrikes.

Ministry of defence of the Russian Federation
Caught Lying! US Media Shows Footage of Russian Airstrikes Passed Off as American
Unlike the US-led airstrikes campaign, which doesn't provide footage from their operations, the Russian Defense Ministry is always prompt to release video evidence showing what exactly happened to terrorists and how their operations unfolded. Instead of accusing the Russian Air Force of not being "precise" enough and not bombing Daesh, the Western-coalition should simply shoot its own videos. It can't be that hard.
...
Reddit
Google+
Blogger
Pinterest
StumbleUpon
Telegram
WhatsApp
8512
Topic:
Violence Erupts as Islamic State Rises (1881)

US-Led Coalition Against Daesh Conducts 9 Airstrikes in Iraq, 1 in Syria

Moscow: No Proof Russian Airstrikes Cause Civilian Casualties in Syria