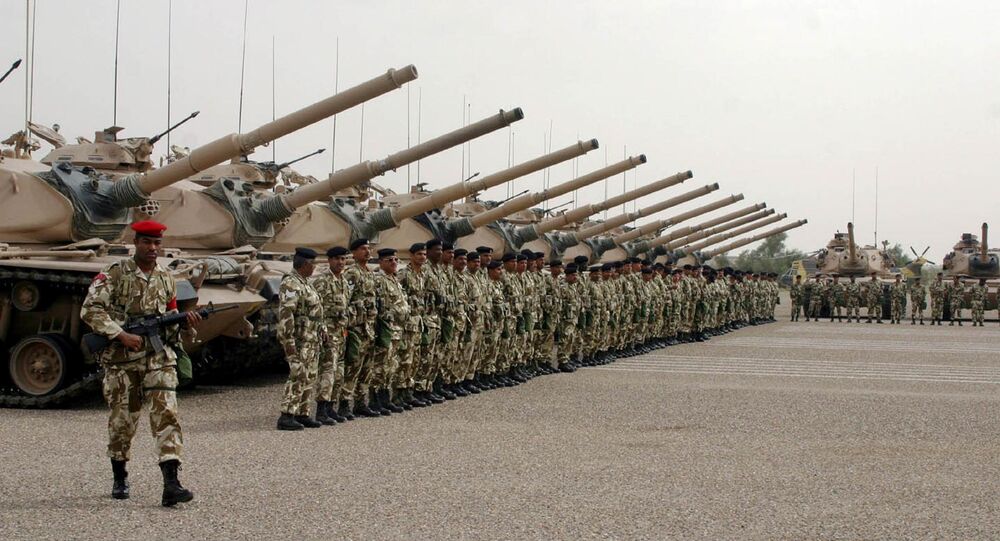 Bahrain has said that is ready to send ground forces against Daesh militants, as part of the US-led coalition.

© REUTERS / Faisal Al Nasser/Files
Saudi Arabia May Deploy Thousands of Troops to Syria in Coordination With Turkey
Bahraini ambassador to Britain Sheikh Fawaz bin Mohammed al-Khalifa said in a statement that the kingdom would commit troops to operate "in concert with Saudis," Reuters reported.

He added that the United Arab Emirates, a member of the Saudi-dominated Gulf Cooperation Council, was also ready to commit troops.

On January 4, a Saudi military spokesman confirmed that Riyadh was ready to join any US-led ground operation in Syria against Daesh if the move is approved by the coalition.

He added that a decision could be made at a NATO summit in Brussels next week. US Defense Secretary Ashton Carter confirmed that he would discuss the initiative with Saudi representatives at the summit.

© AFP 2020 / Saleh Al-Obeidi
Fighting Daesh, Huh? Saudis Want to Send Troops to Syria to 'Support' Terrorists
The US-led coalition has carried out airstrikes against Daesh since September 2014, but the campaign has proved ineffective to shatter the terrorists’ positions. While US President Barack Obama has repeatedly said Washington will not place additional boots on the ground in the region, Carter recently announced the Pentagon may soon launch a ground operation in Syria and Iraq.

There are two different coalitions being established on the ground in Syria, military political analyst, Professor of Political Science and Sociology Andrei Koshkin told RT.

© Sputnik / Michael Alaeddin
Saudi Offer for Ground Troops to Fight Daesh Represents Symbolic Gesture
According to him, such countries as Saudi Arabia or Turkey are pursuing their own interests in Syria and are not really focused on eliminating Daesh.

Syria’s neighbors have rushed in to grab a slice of the "pie,” the expert said, explaining that US-led coalition forces are in desperate need of a ground operation in the country to be able to “stake their claims” on the Syrian territory.

Currently, Daesh (also known as Islamic State/ISIL) is one of the most dangerous threats to global security. In three years, the militants have seized large parts of Iraq and Syria. In addition, the terrorist group is currently trying to establish influence in North Africa, particularly in Libya. According to estimates, Daesh controls an area of up to 90,000 sq km. The number of its fighters is estimated between 50,000 and 200,000.