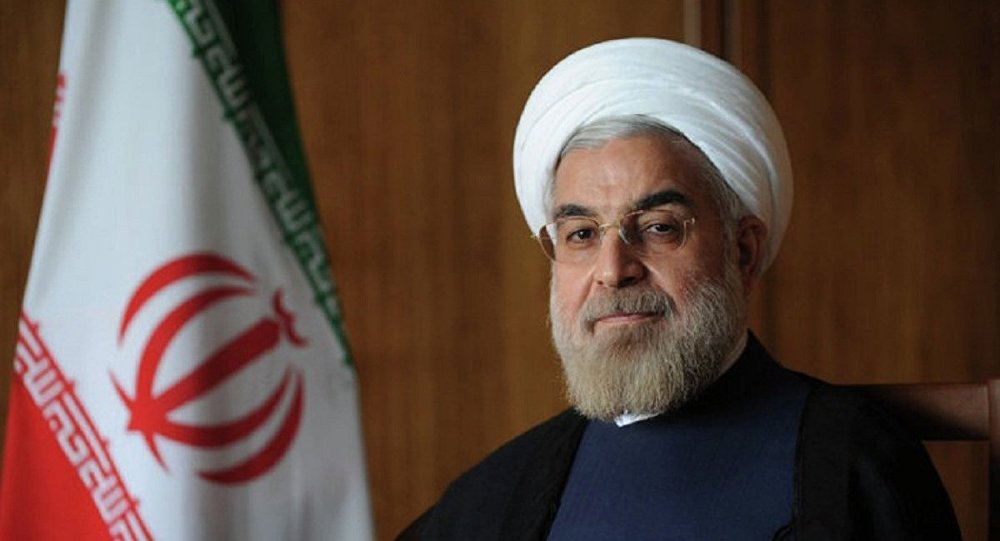 Following Iran's implementation of its part of the deal to lift sanctions and monitor its nuclear activity, Iranian President Hassan Rouhani said that his country will not pursue the development of economic links with the US.

© Photo : Florian Hirzinger
Easy Come, Easy Go: US Puts New Sanctions on Iran After Missile Test
Iran will not try to develop its economic ties with the US after Washington lifts sanctions against the Iranian economy, Iranian President Hassan Rouhani said on Sunday.

On Saturday the International Atomic Energy Agency (IAEA) announced that Iran has carried out all the necessary measures to enable the implementation of the Joint Comprehensive Plan of Action (JCPOA) Tehran agreed with the IAEA and six countries (China, France, Germany, Russia, the United Kingdom, the United States) plus the European Union in July 2015.

Under the terms of the deal, Iran agreed to limit its nuclear capabilities and submit to IAEA monitoring of its facilities in return for the lifting of economic and financial sanctions.

© AP Photo / Vahid Salemi
Oil Kingdom Shares Plummet as Post-Sanctions Iran Rises
Following the IAEA announcement, Iran's President Rouhani said that after the US has lifted its sanctions against Iran, which targeted areas of the economy including the financial and banking sectors, energy and petrochemicals, transport and shipbuilding, Iran will not seek investment from the US.

"We didn't have any kind of economic ties with the US and there won't be any," declared Rouhani.

He explained that beyond negotiations about the purchase of specific goods such as airplanes, nuts or carpets, companies based in the US would not be allowed to invest in Iran.

"If the US wants to invest in Iran's economy or technology they will face particular difficulties. However, of course we are ready to provide certain benefits to those American companies which do not carry out their activities from the territory of the US," said Rouhani.

Armored Fist: Russian T-90s Will Be a Welcome Boost To Iran's Tank Corps