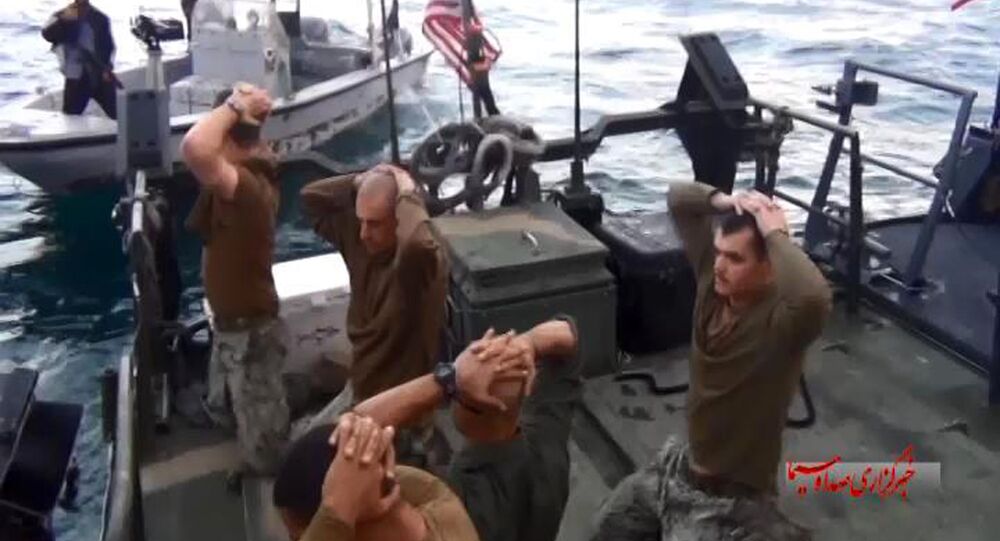 US Sailors 'Were Crying' When Captured by Iranian Troops – IRGC Commander

US marines released from the Iranian custody Wednesday were crying when the country’s servicemen detained them for illegally crossing into territorial waters aboard two boats, the nation’s top commander claims.

"The marines were crying when they were being captured, but they later felt better after the IRGC forces treated them with kindness," he said.

Ten American marines were captivated by Iranian naval forces on Tuesday after they illegally drifted into state-controlled waters in the Persian Gulf aboard two US boats.

Salami noted that after the incident, US politicians were asking their Iranian counterparts to free the detainees in a series of phone calls.

“The Americans humbly admitted our might and power, and we freed the marines after being assured that they had entered the Iranian waters unintentionally and we even returned their weapons.”

© REUTERS / Stephanie Keith
Iran 'Took Good Care' of US Sailors Seized in Persian Gulf - Kerry
IRGC’s naval commander General Ali Fadavi unveiled on Wednesday that the situation could have gone in a drastically different direction, stressing that Iranian missiles were locked on a US aircraft carrier deployed in the Persian Gulf after the accident happened.

Fadavi explained that as Iran prepared to open fire as the USS Truman aircraft carrier engaged in “unprofessional moves” for 40 minutes, potentially provoking a response. At that moment, Iranian forces could have inflicted the US with “such a catastrophe that they had never experienced all throughout the history.”

“We were highly prepared with our coast-to-sea missiles, missile-launching speedboats and our numerous capabilities,” Fadavi stressed, adding Iran would win any battle with the US in the Persian Gulf and the Strait of Hormuz.

In the aftermath of the release of the American captives, John Kerry expressed his gratitude to Iran for quickly resolving the crisis.

“That this issue was resolved peacefully and efficiently is a testament to the critical role diplomacy plays in keeping our country safe, secure, and strong,” Kerry said.

Tehran officials have repeatedly claimed the US apologized for the incident, despite Washington denying they made such a gesture.

Iran Has US Navy GPS Equipment, Will Prove 'American Ships Were Snooping'