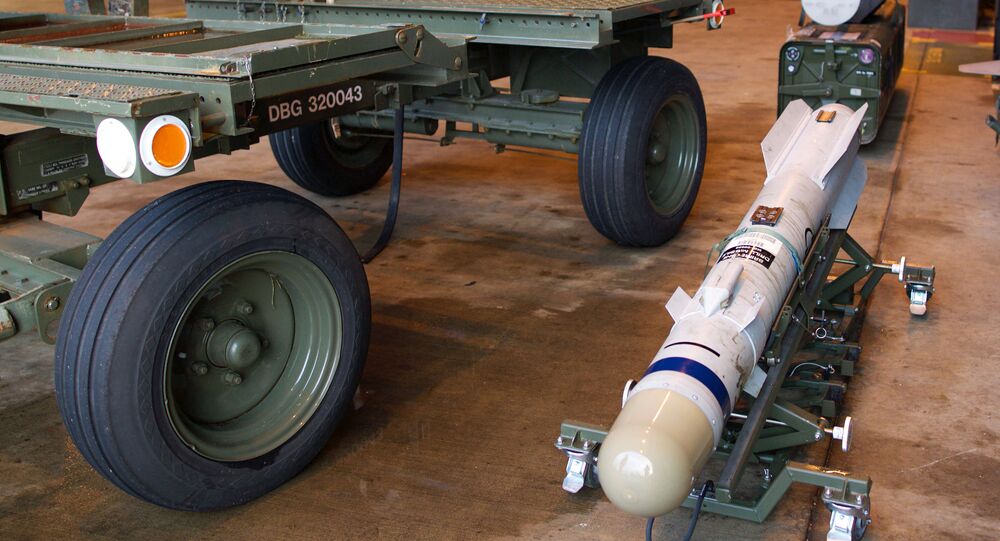 Britain’s Royal Air Force (RAF) carried out several air strikes against Daesh militants in Syria on Sunday, deploying its Brimstone missiles for the first time there, according to a spokeswoman for Prime Minister David Cameron.

© AP Photo / Pavlos Vrionides
Plenty of Time for Tea: UK Conducts Four Airstrikes in a Month During Syria Campaign
"We saw five new attacks by RAF forces in Syria, targeting a Daesh (ISIS/ISIL) vehicle near Raqqa, enemy tunnels also near Raqqa and the Omar oil field. As part of these strikes the Brimstone missiles were also deployed," Reuters quotes the spokeswoman as telling reporters.

Britain joined the US-led coalition in implementing air strikes against the jihadist group in Syria late last year but has been reportedly criticized for conducting few operations, which largely targeted oil fields.

Britain says its Brimstone missiles, which are designed to hit fast-moving targets and have already been used by Britain's Tornado jets in Afghanistan, Libya and Iraq, should bolster the fight against Daesh by delivering so-called surgical strikes that minimize civilian casualties.

© AP Photo / Pavlos Vrionides
UK to Increase Precision Strikes Against ISIL in Syria - Defense Minister
Asked whether these latest missions indicated the UK was stepping up its fight against Daesh in Syria, Prime Minister's spokeswoman said:

"This is part of the ongoing operation and work we are doing with coalition partners to defeat Daesh in Iraq and Syria. We have always been clear that it is going to take time and require patience and persistence, but it reflects the fact that where we identify targets and an ability to strike them, we will do all we can to tackle Daesh."