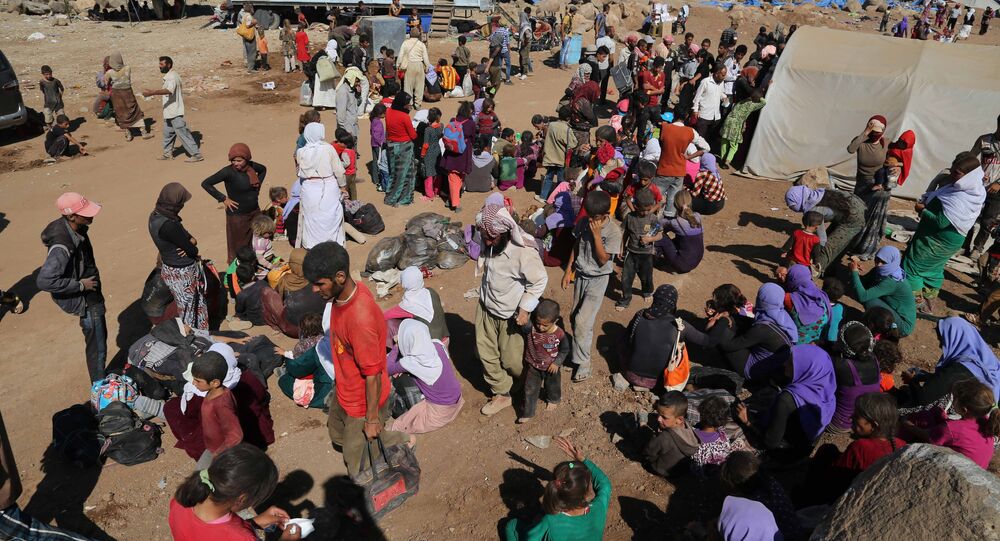 Nowrooz camp in Syria is home to hundreds of Kurdish Yazidi minority who are on the run from Daesh. RT’s Murad Gazdiev made the dangerous journey to the camp to hear the stories firsthand.

Syrian Kurds with the YPG in Al-Hasakah gave shelter to these Iraqi Yazidis, who fled for their lives.

© Photo : Screenshot
Daesh Boy Identified: Junior British Jihadi or Child Victim?
“When ISIS (Daesh) came, we fled to the mountains near Sinjar,” Del Shad, a refugee from the Rambusi Village told RT. “They tried to follow, but a group of Kurds from the PKK pushed them back. They gave us food and water.”

Del Shad recalled the terrible scenes of August 2014, when a mass exodus took place. Over 50,000 Yazidis made the trek from war-torn Iraq to higher, safer ground. Many of them were abducted and at least 5,000 were murdered.

For 12 days they walked without food or water.

Del Shad and his mother were among the escapees who he says were offered a simple choice: convert to Sunni Islam, or die. “We are Yazidi, and we will stay so… We tried to resist, but we didn’t have weapons,” he told RT correspondent.

“They came for all of us. The men were killed; the women and children were taken. In the village of Kocho, they never got a chance to run. ISIS took thousands there.”

Another refugee Ceve Beiru Hadji told how her nephew decided to go back to his village. “They seized him, his wife and her sister,” she added, showing a family picture. It was taken before the wife and teenage sister were taken as sex slaves.

“I had lost everything. There were 23 of us in the family. Now I am alone.”

The Nowrooz camp has given the refugees a chance to start over and they live on with a strong hope that one day they will be reunited with their loved ones again.