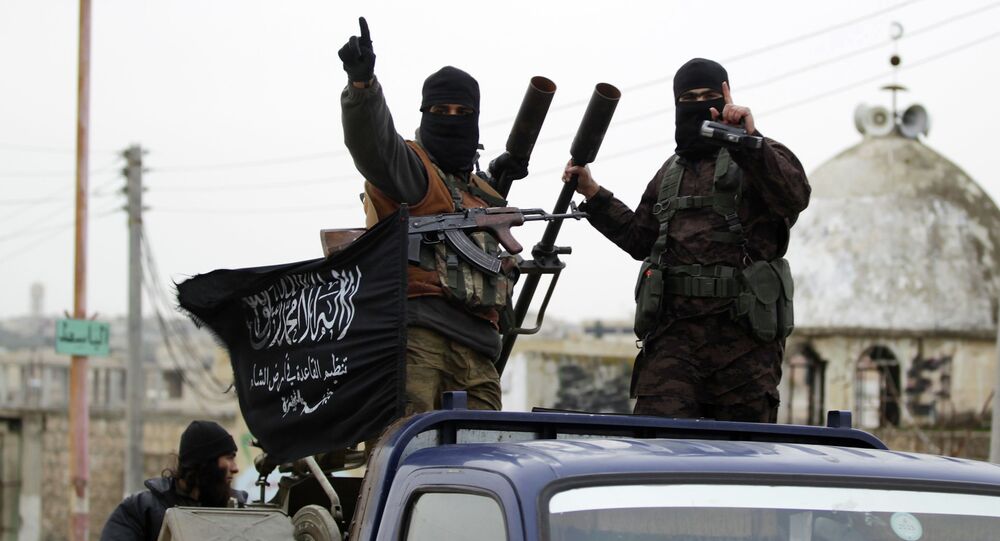 An international Saudi-led anti-terrorist coalition needs to come up with a common definition of the word “terrorist” to categorize various militant factions currently fighting in Syria, Chris Doyle, the director of the advocacy group Council for Arab-British Understanding (CAABU), told Radio Sputnik.

What is the difference between terrorist groups and "moderate" rebels? Well, it all depends on who you ask about it.

"These may all differ from how they're defined in Washington, London, Paris or Moscow," Doyle told Spuntik.

It's a huge problem, as shown recently by Jordan who was tasked to make a list of militant organizations, which the international community would consider terrorists operating within Syria.

Some nations consider groups, such as al-Nusra Front [the al-Qaeda affiliate in Syria] to be a terrorist organization, while other countries don't, the expert said.

"So, it's very difficult to see how the coalition will work unless they agree on common terms of reference," the director of the London-based CAABU advocacy group explained.

Meanwhile, Jordan has made headway in its task of listing the extremist groups operating in Syria, undertaken by the country as part of the Vienna peace talks, according to Dina Kawar, Jordan's envoy to the UN.

© REUTERS / Muhammad Hamed
Syria Urges Jordan to Fight Islamic State, Other Terrorist Groups Together
The last Vienna-format meeting, held by international mediators on November 14, ended in a decision to convene the Syrian government and the opposition for peace talks by January 1, 2016, with a view to setting a six-month timeframe for Syria to form an interim unity government with an election to be held within 18 months. The ongoing Riyadh conference is set to form an opposition delegation to attend the January talks.

Syria has been in a state of civil war since 2011. Government troops and militia loyal to Syrian President Bashar Assad are fighting a number of opposition groups, as well as radical Islamist militant organizations, including the Nusra Front and Daesh, also known as ISIL/ISIS.