Washington Looking for 'Volunteer Armies to Hit the Ground in Syria'

The Russian offensive in Syria requires the support of ground forces to achieve ultimate success in the fight against Daesh terrorists, DWN wrote. However, Russia and the United States consider the deployment of their troops to the region too risky.

In this regard, Washington is trying to take the initiative in its own hands and find partners who would agree to send their ground troops to Syria, but without much success.

The first step in this direction was Turkey's "little invasion of Iraq", the newspaper wrote. However, the deployment of Turkish armed forces in the country was met with violent protests in the Baghdad government  which does not want to see Turkish or American soldiers on its soil.

The second step was the US Secretary of Defense Ashton Carter's appeal to Germany, in which he called to bolster the country's military contingent as part of the US-led coalition against Daesh. However, Chancellor Angela Merkel has responded to US demands with restraint. According to her, Germany is already contributing to the solution of the problem, and now it is not time to raise new questions in this regard. 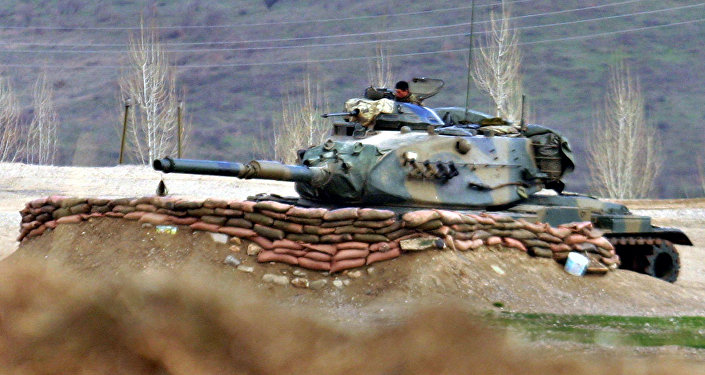 © AP Photo / Sasa Kralj
Friends With Benefits: What's Behind Turkey's Odd Alliance With Iraqi Kurds
On December 4, Germany’s parliament approved the deployment of Bundeswehr troops in Syria to fight against Daesh, a group outlawed in a number of countries worldwide, including Russia and the United States. The mission is expected to involve up to 1,200 German troops and is set to last until December 31, 2016.

Similar requests were also sent to other partners of the United States, but none of them has yet given a positive reply.

Russian and Syrian armed forces have already managed to achieve significant success in their fight against Daesh terrorists in Syria. In the south of the province of Aleppo, the Syrian army continues to recapture settlements under the control of terrorist groups.

Russian President Vladimir Putin has so far ruled out the deployment of Russian ground troops in Syria, deeming that further involvement in the conflict would put its military at too great a risk.