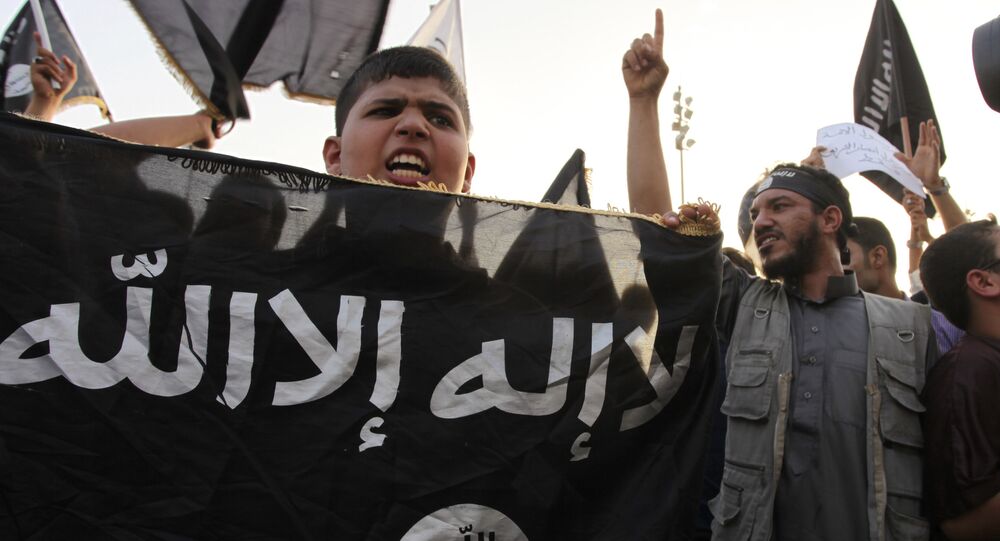 The UN Security Council (UNSC) has expressed grave concern about the expansion of the Islamic State (ISIL, or Daesh in Arabic) in Libya, and said that UN is ready to designate those who threaten Libya’s peace, stability and security, the UNSC President for December said.

UNITED NATIONS (Sputnik) — Earlier this month, the UN said in a report that Daesh, which is outlawed in Russia, had up to 3 000 fighters in Libya, and was struggling to expand its presence in the country.

"The members of the Security Council expressed grave concern about the expansion of ISIL [another name for Daesh] in Libya, and its threat to the country and the region. They stressed that a unity government must be formed swiftly to counter this threat and they called on all Libyans to unite their efforts to this end," US Ambassador to the UN Samantha Power who is also the UNSC President for December, said in a statement on Friday.

The members of the Security Council reaffirmed their commitment to the sovereignty, independence, territorial integrity and national unity of Libya, according to the statement.

On Friday, UN envoy to Libya Martin Kobler announced that Libya's warring parties had agreed to December 16 as a date for signing a UN-backed national unity government agreement aiming to bring an end to the ongoing crisis.

The UNSC welcomed the announcement and underlined their support for Kobler, and the UN-facilitated Libyan political process, as well as the effort to reach a "rapid agreement on an inclusive and representative government of national accord," the statement said.

Since Muammar Gaddafi was ousted and killed in 2011 after ruling for 42 years, Libya has been in a state of civil war. There are now two rival governments in the country, with the self-proclaimed authorities controlling the Libyan capital of Tripoli and adjacent western areas. The internationally recognized government is fighting numerous militias, including offshoots of the Islamic State.

ISIL is a Sunni radical group in control of vast territories in Iraq and Syria. A number of ISIL cells, with local insurgent groups pledging allegiance, are also known to operate in Libya, Yemen and other territories across the Middle East and North Africa.