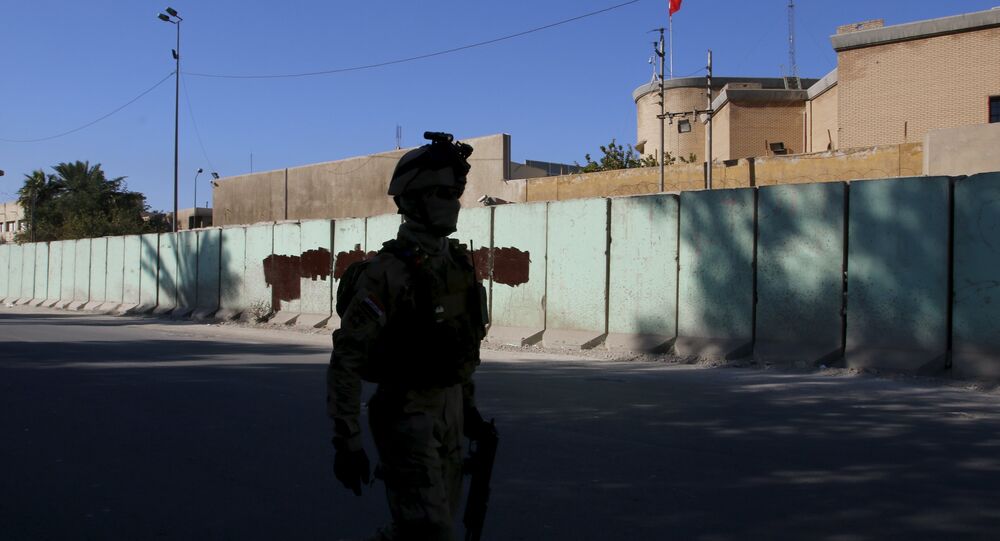 Baghdad and Ankara should find a proper resolution to the ongoing crisis with the deployment of Turkish troops in Iraq, a State Department official told Sputnik on Wednesday.

© AP Photo / Sasa Kralj
No Room for Turkey: UN May Condemn Ankara for Sending Tanks Into Iraq
WASHINGTON (Sputnik) – Iraqi Parliament’s Security and Defense Committee Member Hamid al-Mutlaq told Sputnik earlier on Wednesday that the committee called for a review or cancellation of an agreement with the United States on security over Washington’s lack of a clear reaction to the worsening situation in the country.

"Iraq and Turkey should continue seeking to clarify the situation and find an appropriate resolution. It is important to remain focused on the priority of fighting ISIL," the official said.

The official stressed that both the United States and Turkey support the territorial integrity of Iraq.

The State Department had no further comment on the possible cancellation of US-Iraq agreement on security.

On December 4, Turkey deployed about 150 troops and 25 tanks to northern Iraq, reportedly to help train Iraqi soldiers to retake the city of Mosul from the Daesh, also known as ISIL/The Islamic State, a terrorist group outlawed in Russia. Following the deployment, Prime Minister Haider Abadi demanded the withdrawal of the Turkish troops, which were moved into the country without authorization of the Iraqi government.