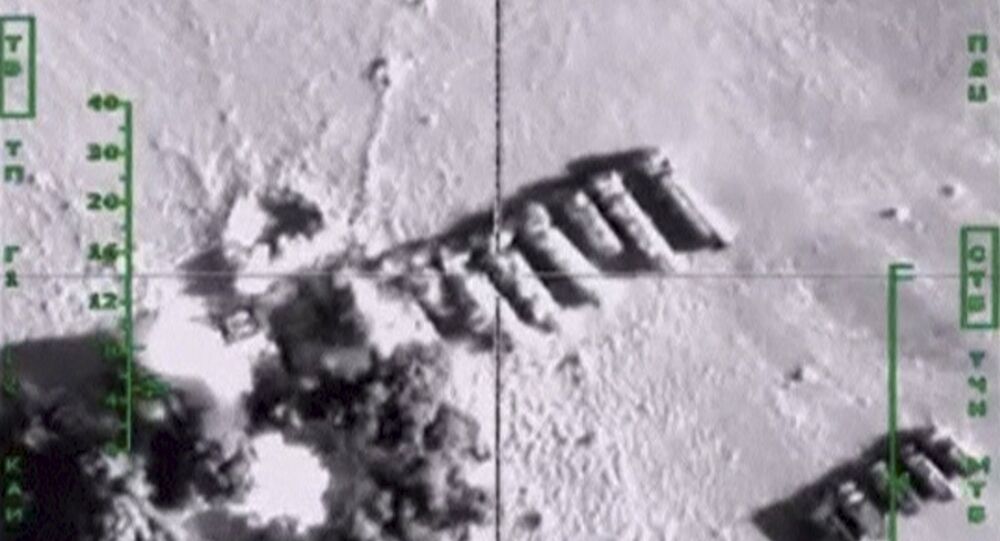 The US cover-up of Daesh-Turkey oil smuggling has turned from denials to excuses, according to columnist L. Todd Wood.

Recent US statements regarding the "insignificance" of stolen oil smuggling from Daesh sources to Turkey sound more like excuses than rebuttals, according to Washington Times columnist L. Todd Wood.

On Saturday, US coordinator for international energy affairs Amos Hochstein claimed that the oil being smuggled from Daesh-controlled Syria to Turkey is "of no significance from a volume perspective." The statement followed a Russian Defense Ministry presentation on oil smuggling by Daesh into Turkey.

"That doesn’t sound like a statement to me that smuggling is not happening. It sounds like an excuse," Wood wrote.

© Flickr / CAFNR
The Jihad Goes Soft: Cotton Yet Another Source of Revenue for Daesh
Wood added that turning a blind eye to the oil smuggling is insignificant, in comparison to the US refusal to bomb Daesh oil trucks and facilities in the past 14 months.

"The real reason American forces were finally ordered to start destroying fuel trucks was the fact that Russia embarrassed them into doing so," Wood said.

According to Wood, the lack of US pressure on Daesh makes the White House complicit in the group's growth and financial expansion.