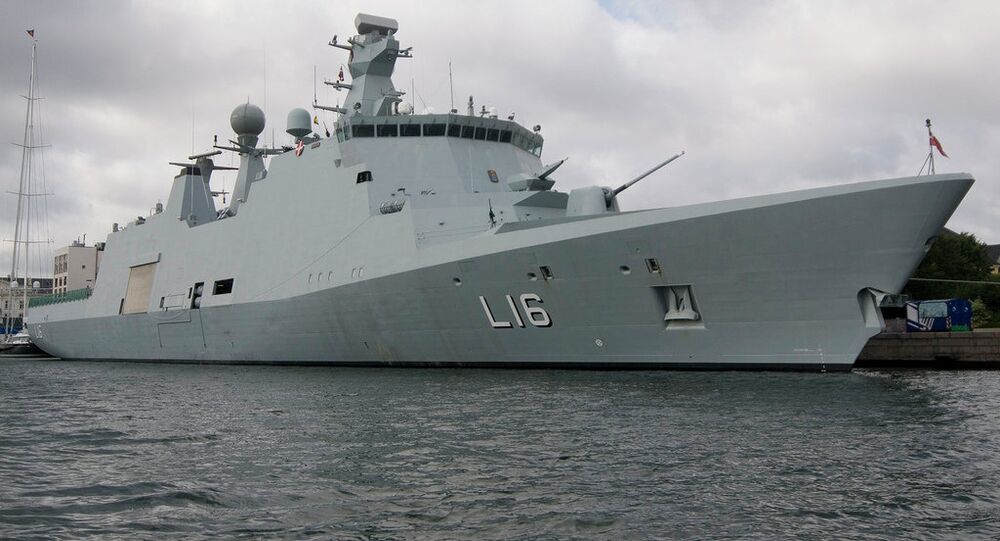 The Royal Danish Navy is set to redeploy its Absalon Class Combat/Flexible Support ship from the Indian Ocean, where it has been chasing Somali pirates, into the Mediterranean, following Turkey’s appeals for solidarity and apparently considering that the “Russian threat” to Turkey is far graver than that of the pirates to its merchant fleet.

© Wikipedia / U.S. Coast Guard Visual Information Gallery
Russian Envoy Warns Denmark It Better Not Join NATO Missile Shield
The Royal Danish Navy has made a decision to redeploy one of its Absalon Class frigates from the Indian Ocean into the Mediterranean following Turkey’s appeals to “show solidarity” after the alleged violation of Turkey’s airspace by a  Russian aircraft.

The vessel has been chasing Somali pirates in the Indian Ocean, however the Danish officials apparently regard Russia's supposed threat to Turkey graver than that to its merchant fleet.

The move is a “direct result” of the Russia’s increased activity in Syria, according to the local newspaper Jyllands-Posten.

According to the country’s Defense Minister Peter Christensen, the situation off the Somali coast is ”so positive” that now they could redeploy Absalon to the Mediterranean. The politician added that there is no indication that the pirates will return into the area as soon as the vessel leaves the waters.

The two Absalon Class vessels, built by Odense Steel Shipyard for the Danish Navy, are flexible support ships (combat support ships). The ships can be equipped for naval warfare, land attack, strategic sealift missions or as a command platform. They can also be configured as hospital ships or for emergency disaster relief.

US, Denmark Inspectors to Fly Over Russia in Observation Aircraft