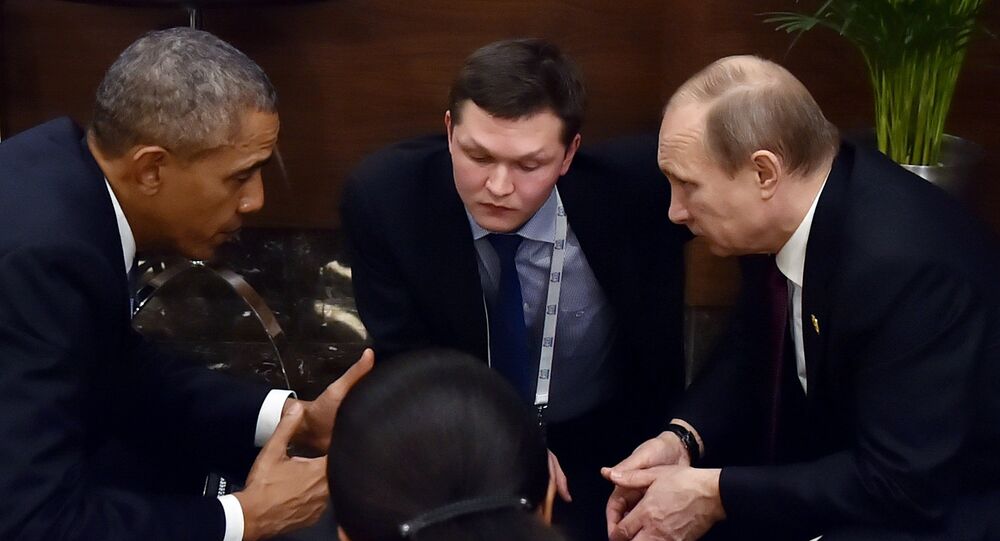 Russia’s presidential aide Yuri Ushakov said that "strategic Russian and American goals regarding the fight against Islamic State – they are quite similar, but they still differ as far as tactics are concerned."

ANTALYA (Sputnik) — The United States and Russia have similar strategic goals in their fight against terrorism, but the means of achieving them are very different, Russia’s presidential aide Yuri Ushakov said Sunday.

© AP Photo / Cem Oksuz/Anadolu Agency via AP, Pool
Obama Notes Importance of Russia's Anti-ISIL Efforts in Syria at Talks With Putin
Russian President Vladimir Putin and his US counterpart Barack Obama discussed anti-terror campaigns in Syria at a brief meeting talks on the sidelines of the G20 summit in Antalya, Turkey. It centered around their efforts to resolve the conflict in Syria in the light of Friday night’s attacks in Paris.

Asked if the leaders were able to bring their positions on terrorism in Syria closer together, Ushakov said that, "strategic goals regarding the fight against Islamic State – they are quite similar, but they still differ as far as tactics are concerned."

Putin’s aide added that the presidents exchanged opinions on a "rather critical situation" in Paris where 129 people died and hundreds were injured on Friday night in a series of horrifying terrorist attacks on public places in downtown.