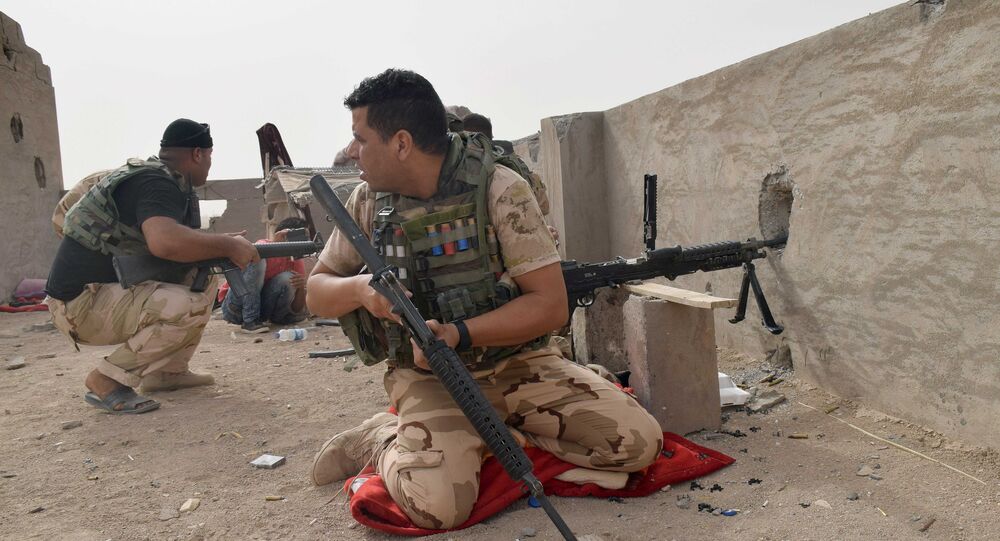 US-supported Iraqi security forces fell short of encircling the town of Ramadi as planned because they are unable to penetrate sophisticated defensive barriers set up by the Islamic State, US Army Colonel Steve Warren told reporters on Wednesday.

WASHINGTON (Sputnik) — The Iraqi Security Forces are conducting a large-scale military operation against ISIL in a number of areas of the country, including the western Anbar province.

The forces have been trying to recapture Ramadi, the capital of the province, from the Islamic militants since July.

"They [Iraqi forces] have not completed the encirclement of the city," Warren said. "The enemy [ISIL] has established complex and in many cases sophisticated defensive barriers along the various avenues of approach into Ramadi."

© AP Photo
Iraqi Army Launches Offensive to Drive ISIL Out of Ramadi
The US military, Warren added, believed conditions were set two weeks ago for the Iraqi forces to encircle and retake Ramadi, but ISIL resistance has prevented them from cutting supply lines across the Euphrates River.

Iraqi forces need to take the Palestine Bridge on the Euphrates in order to constrict ISIL's ability to resupply and communicate.

Taking Ramadi will be difficult, he added, because the Islamic State has had months to prepare complex urban defenses that will make for a dangerous fight.

Iraqi Army Launches Offensive to Drive ISIL Out of Ramadi